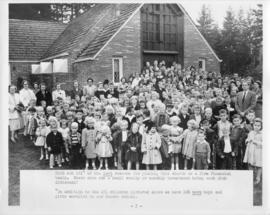 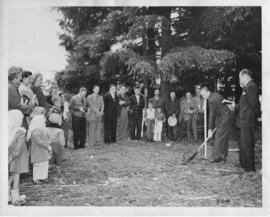 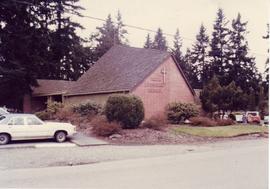 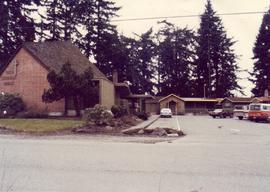 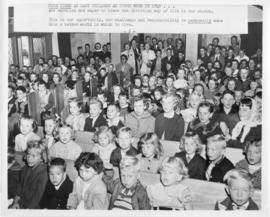 This folder contains a congregational historical record and a bulletin for the installation service of Rev. Charles Gunderson.

Faith Lutheran was organized on June 20, 1948 following six months of services in the home of Rev. H.T. Neve, mission developer. Property was purchased, and ground was broken in May of 1949. The first service was held in the basement of the new church in December of that year. A multi-purpose building was constructed in 1952 to house a Sunday School of over 400 children. When Rev. Neve resigned in1955 his home was purchased as a parsonage. Property adjoining the church was purchased in 1958.A larger parsonage was purchased in 1966, and two portable buildings were constructed to provid eadditional classroom space. The original building was remodeled and dedicated February 28, 1968. A displaced family from Germany was sponsored in 1956. The church sponsored the Snohomish County Home Rehabilitation League in 1970, and was part of the Everett Inter-Lutheran Church Council. A Cambodian family of five adults and two children was sponsored in 1976, and in 1977 a day care for children was established.