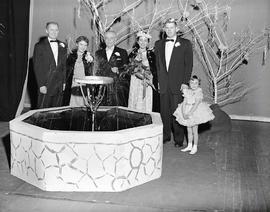 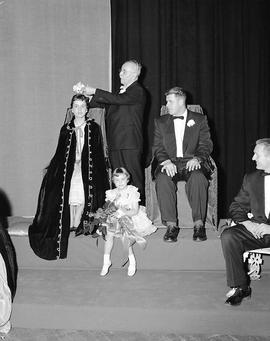 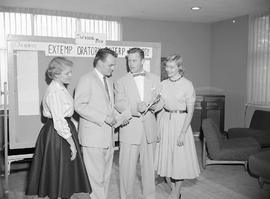 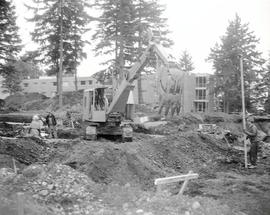 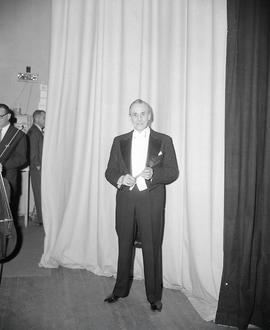 Conductor of the Tacoma Civic Orchestra

SAGA 1956. Visit to the campus by the conductor of the Tacoma Civic Orchestra 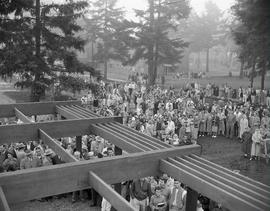 SAGA, Students gathering to watch the corner-stone laying of the new College Union Building in October 1955. 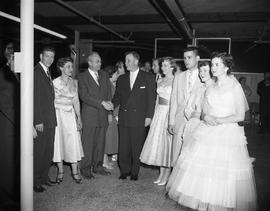 SAGA, Dean of Men, Leslie O. Eklund and his wife greet students at a reception. 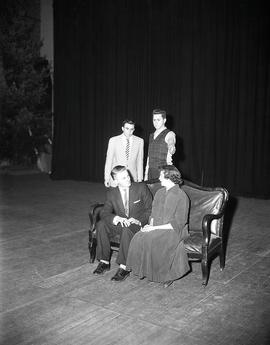 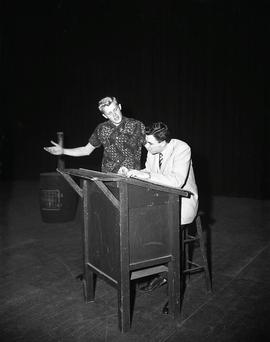 SAGA, dress rehearsal for Christmas Carol, 1955. One of the directors, Jerry Slattum, with Dick Barnwell, who is playing Scrooge. 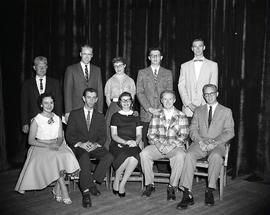