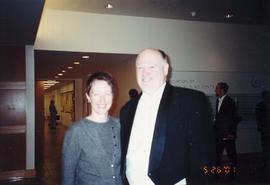 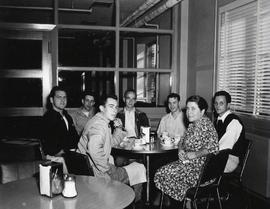 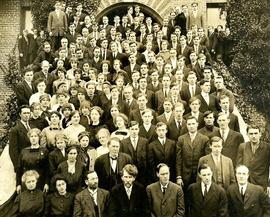 Faculty and Students on Steps of Old Main

Faculty and Students on Steps of Old Main 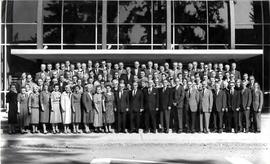 1960 PLU faculty in front of the Tacoma-Pierce Administration Building. 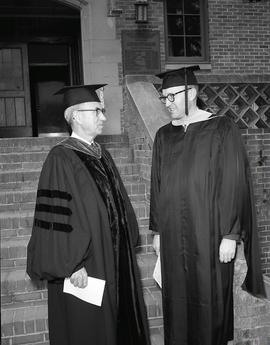 Professors Magnus Nodvedt (left) and Dwight Zulauf (right) the advisers for the Class of 1963 stand in front of the Student Union Building in the academic regalia. 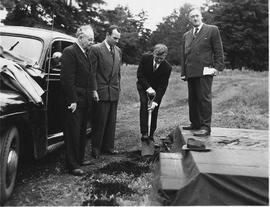 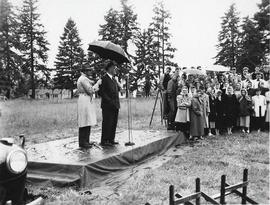 Professor T.O.H. Karl holds the umbrella for president Eastvold during groundbreaking ceremony for the Chapel-Music-Speech Building. 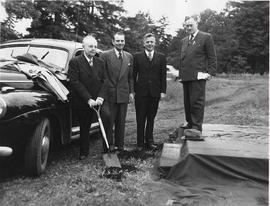 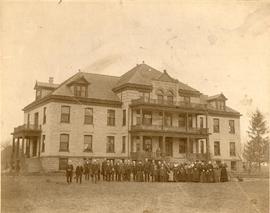