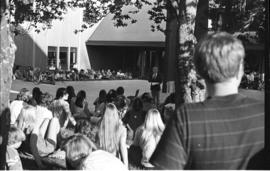 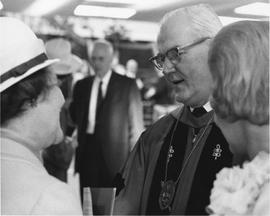 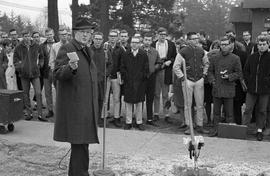 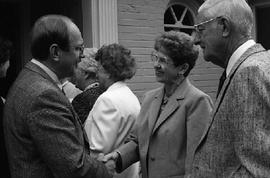 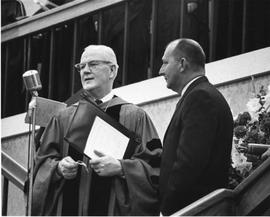 President Mortvedt speaks at the dedication of the Mortvedt Library building. 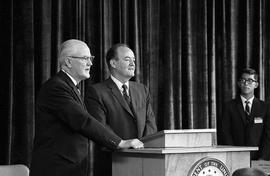 Dr. Robert A.L. Mortvedt, President,with Vice President Hubert Humphrey after he speaks to some 3,000 students at a student press conference in Memorial Gymnasium on September 28th