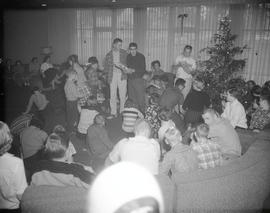 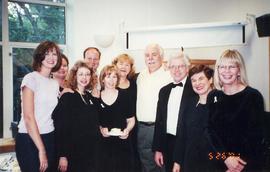 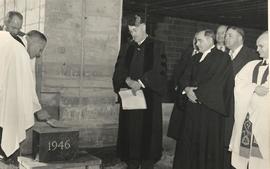 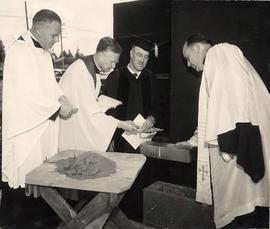 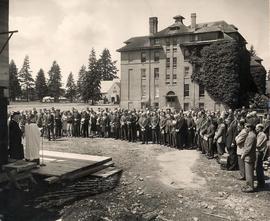 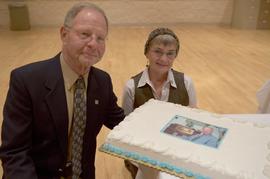 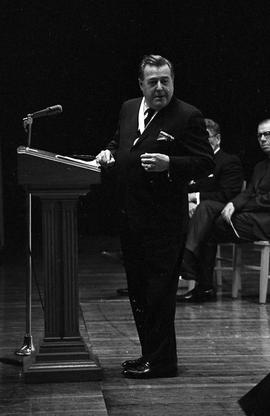 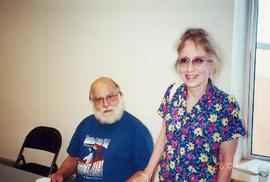 A couple attend a reception for the Music Department at the end of the 2000-2001 academic year. 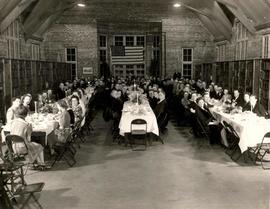 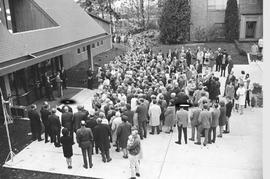 Ceremony marking the completion of the University Center. 1970-1971