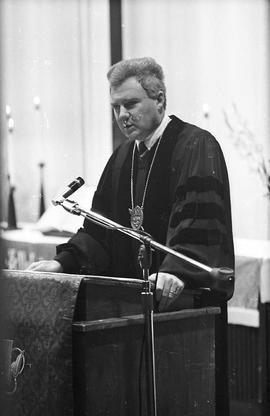 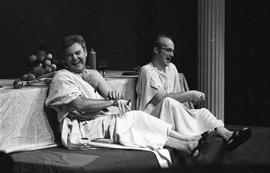 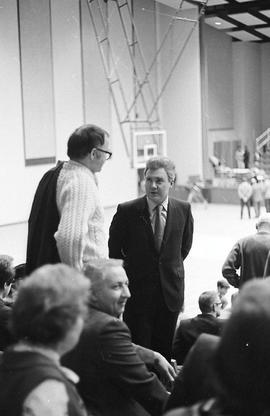 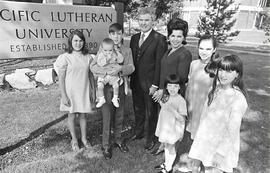 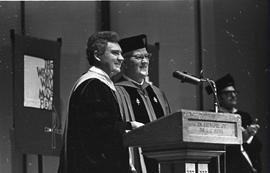 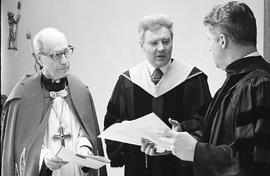 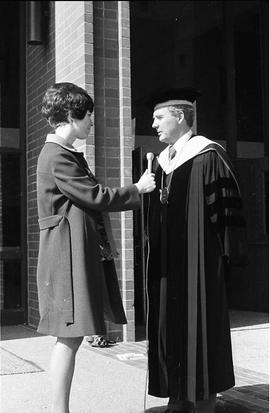 President Wiegman is interviewed after his inauguration. 1969-1970