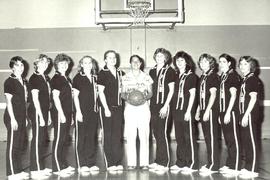 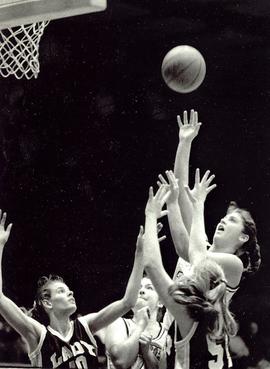 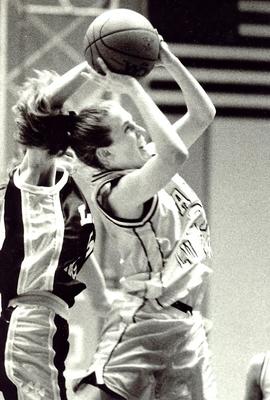 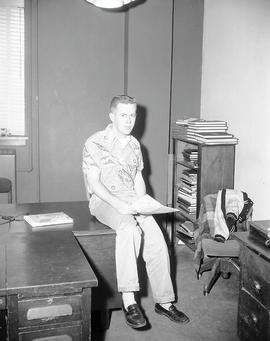 The Mooring Mast Sports Editor for the 1954-1955 school year, Walter Ball poses on his desk in the newspaper's office 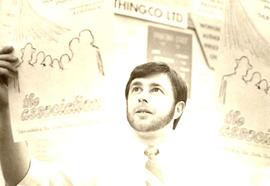 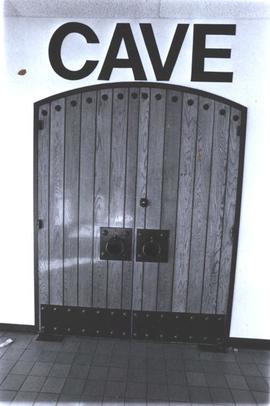 Door to the Cave in the University Center. 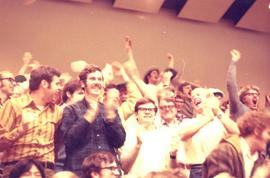 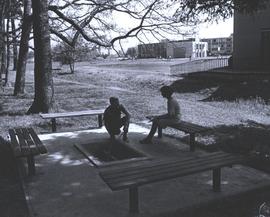 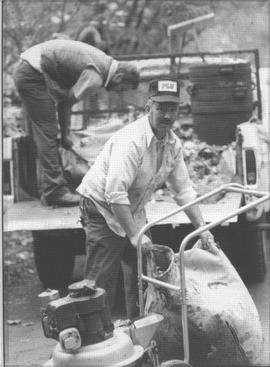