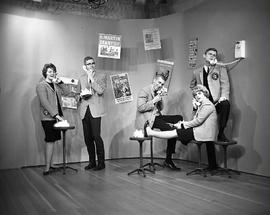 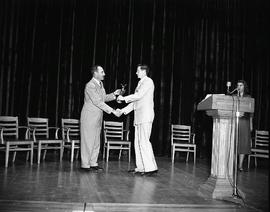 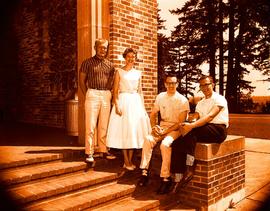 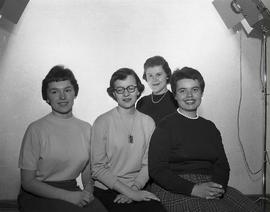 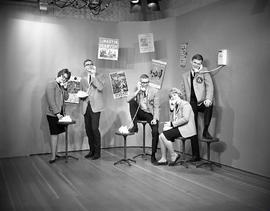 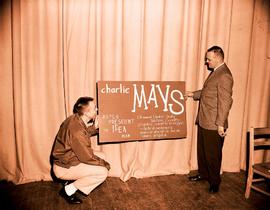 Charles "Charlie" Mays (right) looks at one of his campaign signs for ASPLU president. 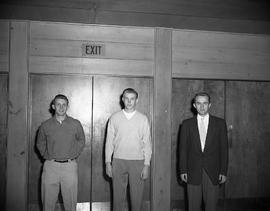 The ASPLC Officers for the class of 1956 from left to right: Treasurer Gordon Strom, I.C.C. Representative Elwood Rieke, and President Tore Neilsen. 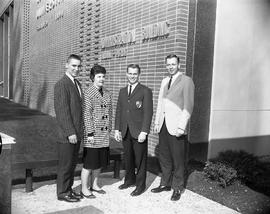 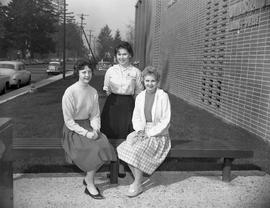 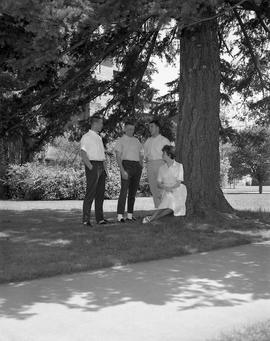