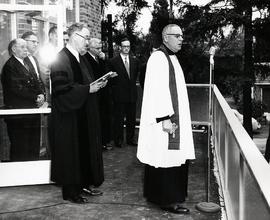 H.L. Foss and President Eastvold at the dedication ceremony for North Hall, October 17, 1954. North Hall was later renamed Hong Hall in honor of Nils J. Hong, PLU president from 1897-1918. Hong Hall was designed by the firm of Lea, Pearson, & Richards.

A homecoming float with an Alice in Wonderland theme rolls down Garfield Street near campus for the 1964 Homecoming celebrations. 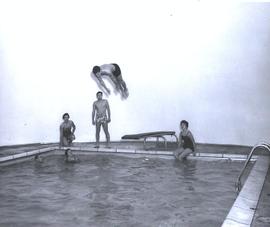 A student dives into the Pacific Lutheran College swimming pool. 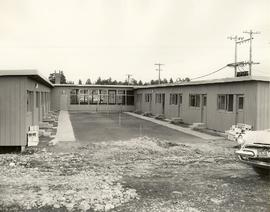 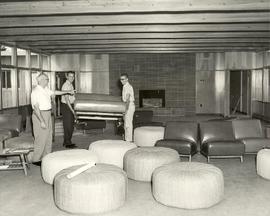 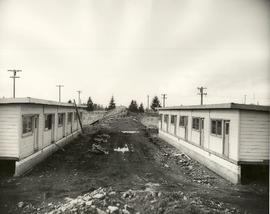 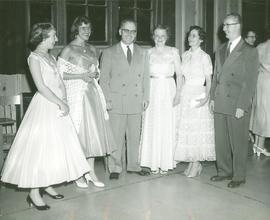 Theodore Sjoding, professor in School of Education visits with students at a reception. 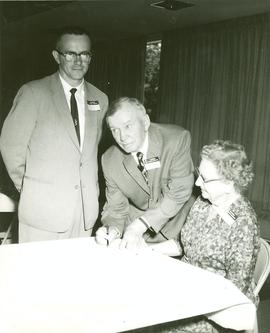 Lowell Knutson and Emma Ramstad speak with an unidentified man at a Homecoming event. 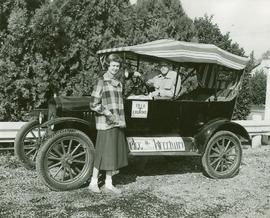 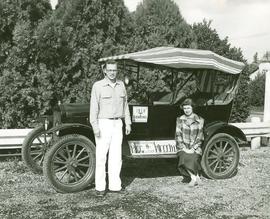