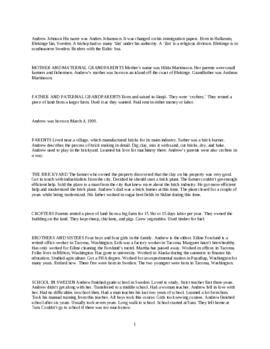 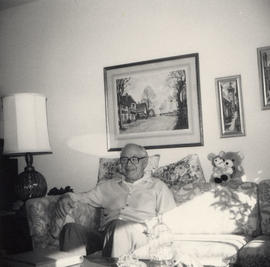 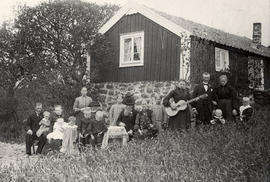 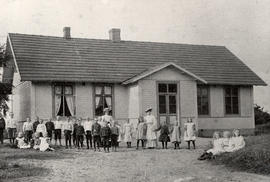 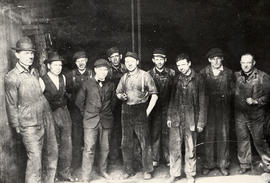 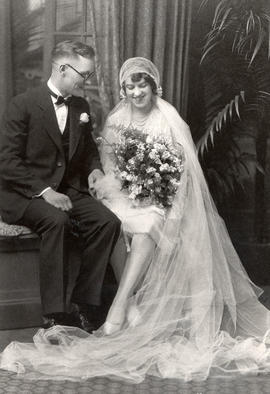 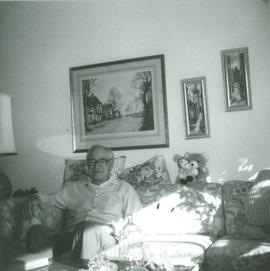 The interview was conducted with Andrew Johnson (Anders Johansson) on November 10, 1982 in Tacoma, Washington. This interview contains information on personal background, emigration, Scandinavian churches and organizations, travel, marriages, and a return trip to Sweden. The interview also includes photographs of Andrew Johnson at his mother's home in Sweden, Andrew at grammar school in Sweden, Andrew and other machinists at Coast Iron and Machine Works in Tacoma, WA (1918), Andrew and Alice on their wedding day (1929), and Andrew at the time of the interview. The interview was conducted in English.

Anders Johansson was born on March 4, 1900 in Hallaram, Jämjö Parish, Blekinge Län, Sweden. Anders' grandparents had been farmers, but his father pursued a career as a brick burner. As a child, Anders spent a lot of time in the brickyard when he was not at school. He attended the school at State Church, a Covenant Church, for six years, but he was confirmed in the Lutheran Church. During the holidays, the Johansson's celebrated in a traditional Swedish manner with the customary food and services. Although they enjoyed Sweden, the family eventually chose to emigrate. In 1906, when Anders' father struggled to find work, he decided to move to America and found a job in a fuel yard. Anders changed his name to Andrew Johnson when he immigrated. Andrew and the rest of his family-his mother, three brothers, and four sisters-joined his father in 1914. The Johansson family lived in Tacoma, Washington, and Andrew had to forgo school in order to work for Tacoma Piping Works. They moved to Fife, Washington and bought a larger house on two acres of land. Andrew earned ten cents an hour working for a chair company and later found work at Todd Ship Yard in Tacoma. When the shipyard closed, Andrew moved to St. Paul, Minnesota. At the Covenant Church in St. Paul, Andrew met his first wife, Alice Skog, whom he married in 1929. They had two daughters together, but the oldest one, Eleane, died of respiratory difficulties when she was three and a half years old. The family moved back to Tacoma in 1937, and Andrew began working as the caretaker at a church camp on Covenant Beach. Andrew says he never quite felt at home in the United States. Alice did not enjoy living at Covenant Beach, so the Johnson's moved to Seattle in 1940. Andrew found a job as a machinist and maintained that position for 28 years. After retiring in 1968, Andrew and Alice moved to Puyallup. Soon after, Alice had a stroke and was quite restricted in her mobility; finally, she had to move to the infirmary where she died in 1981. Encouraged by Alice's nurses to take a break, Andrew traveled to the Holy Land in 1980, where he first met Gladys. After Alice's death, Andrew contacted Gladys, and the two of them married, being the oldest couple Andrew's minister had ever married. The next year Andrew and Gladys took a trip to Sweden with their church. Andrew could still speak some Swedish while on their vacation, but he has not really maintained Swedish traditions in America.