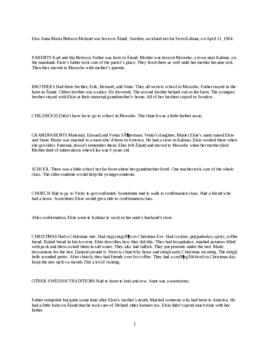 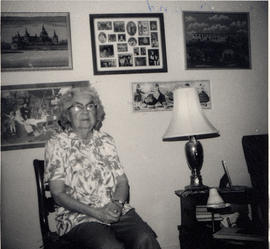 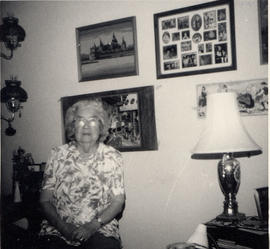 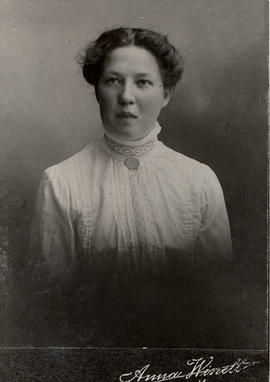 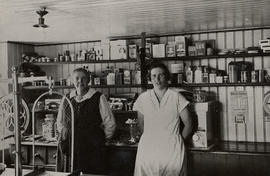 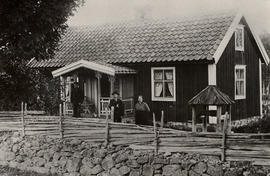 Elsa Anna Maria (Nelsson) Molund was born on April 11, 1894 in Resmo, Ãland, Sweden. The Nelsson family, including Elsa's three brothers, lived in Mossebo, a town near Kalmar. After Elsa, known as Elsie, went to school and was confirmed, she began working in Kalmar at her uncle's store. Her family celebrated Christmas in the traditional way with a decorated tree, customary food, dancing, and a special morning church service. As Elsie grew up in Mossebo, she worked as a housekeeper and worked in a hardware store. She met her future husband, Erik Molund, in school, but he moved to America for several years. They kept in contact through letters, and when he returned to Sweden, they got married. Erik wanted to move back to America, so the two of them left in May of 1922. They settled in Iowa for a short time and then moved to Tacoma, Washington. Erik worked in construction while Elsie cleaned for a store in town. Elsie and Erik had three children-Elmer, Inga, and Dorothy. Elsie says the hardest thing about moving to America was learning the language. She returned on a ship to Sweden for a visit in 1957. Elsie retains her Swedish heritage by participating in Vasa, helping in the Lutheran church, and cooking Swedish food. Her son Elmer has taken a particular interest in Sweden and has visited several times.