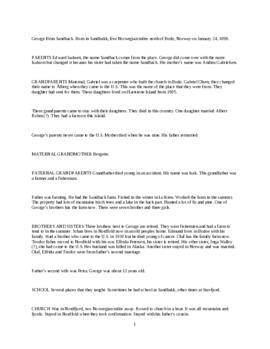 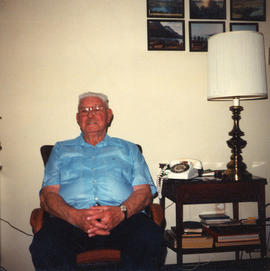 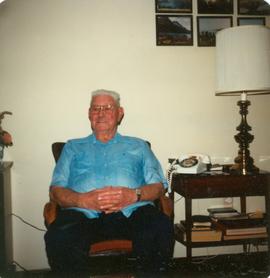 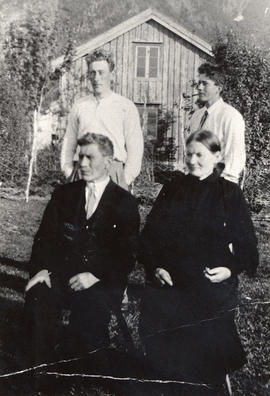 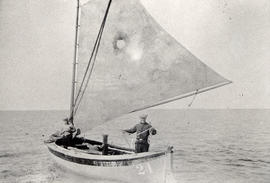 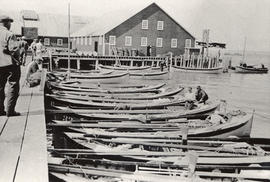 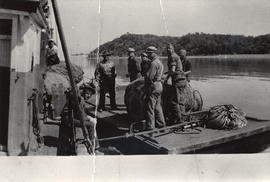 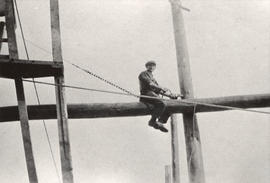 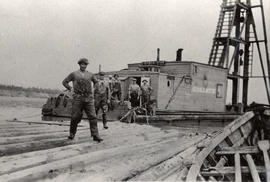 This interview was conducted with George Sandback on March 25, 1982 in Tacoma, Washington. It provides information on family background, emigration, work, marriage, and Norwegian heritage. The interview also contains an announcement of George's 85th birthday from the Western Viking (1983) and photographs of George fishing, George as a foreman on a pile driver, George with his brother Teodor and parents, and George at the time of the interview. The interview was conducted in English.

George Sandback was born on January 24, 1898 in Sandbakk, Norway, which is five Norwegian miles north of Bodø. His parents were Edward Isakson and Andrea Gabrielsen. Andrea died when George was nine years old, and Edward later remarried to a woman named Petra. There were seven boys and three girls in George's family after both marriages. The family lived on the Sandback farm, and Edward fished during the winters. George went to school for eight years, and when he was fourteen; he went up north to fish and sail. He was in Russia when World War I broke out and was afraid that Norway was going to get involved in the war as well. He left for the United States when he was seventeen. Once in America, George went to North Dakota and began working for his stepmother's brother, Teodor Olavsen. George was not particularly fond of North Dakota, and he only stayed there for eighteen months. In October 1916, George went to Tacoma, Washington, where his sister lived. From there, George went up to Seattle and found work on a boat. He signed up to be a sailor and a fisherman, and stayed on this boat for four summers. During the winters, he stayed with his grandparents on Hartstene Island and studied the English language. In 1918, George attended Navigation School in Tacoma, which lasted for two weeks. All together, he spent thirty-eight summers fishing in Alaska. George was married twice before meeting his current wife, Gladys Iversen, and had one daughter, Georgia Herman. Gladys is from Iowa, and they were married in 1949. At the time of the interview, George was not active in church and no longer belonged to Nordlandslaget; he only belonged to the Masons. George returned to Norway in 1966 and 1972 and was proud of his Norwegian heritage. Nevertheless, he lived in the United States for so long that he really felt like an American.