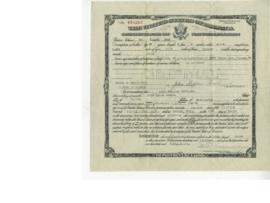 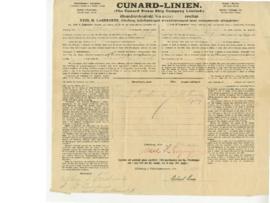 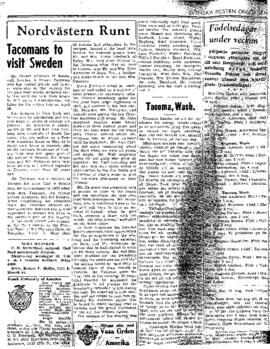 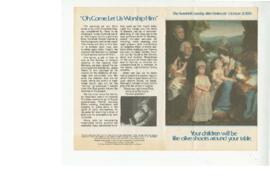 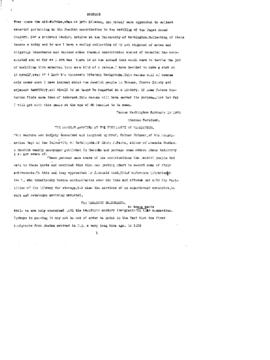 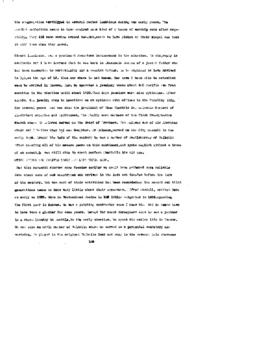 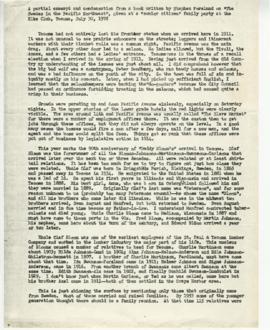 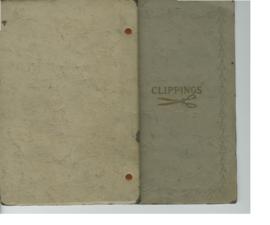 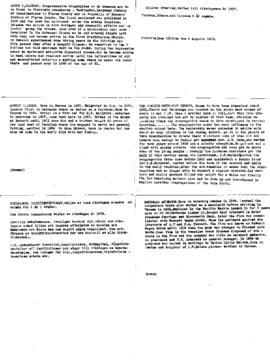 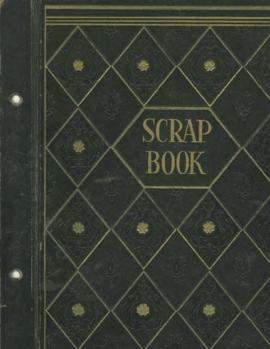 Contains legal documents, scrapbooks, and personal writings of John Stephen Forslund. Included among the legal documents is his certificate of naturalization, which he received eight years after arriving in the United States. The scrapbooks contain newspaper articles that Forslund accumulated from the years 1915 to 1979, which often pertain to the Scandinavian community in the Pacific Northwest and relations between the United States and Sweden during the Vietnam War. Also included are his writings on Swedish immigration which he compiled and wrote for the Swedish Archives at the University of Washington.

John Stephen Forslund was born in Borlänge, Dalarna, Sweden in 1892. On March 3, 1911, he left Gothenburg, Sweden for the United States. He later arrived in Seattle, Washington and settled in Tacoma. He married Ida Swanson on July 17, 1915 at the parsonage of First Lutheran Church. On March 10, 1919, he received his certificate of naturalization. He was twenty-seven years old at the time. He worked as a foundry foreman. Forslund took an interest in the history of Swedish immigration to the Pacific Northwest. In the 1950’s he wrote a historical chronicle of the Swedish Order of Valhalla and had it published in the Svenska Posten. He also compiled information on immigration for the Swedish Archives at the University of Washington and wrote about his findings in 1973.