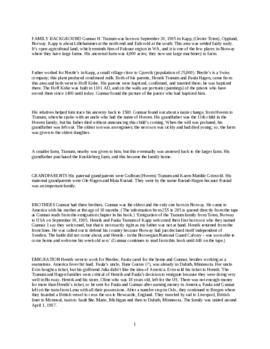 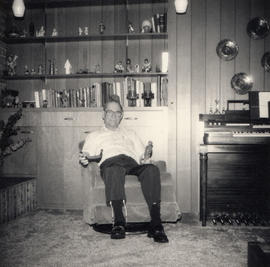 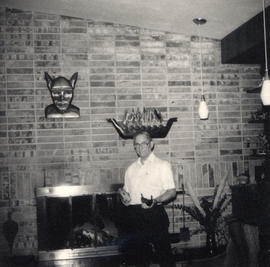 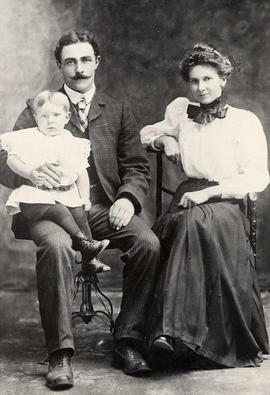 Gunnar H. Tranum was born on September 30, 1905 in Kapp, Oppland, Norway, which is 100 miles north of Oslo and 100 miles from the Swedish border. His parents were Henrik (Hveem) Tranum and Paula Hagen. Henrik worked for Nestle's in Kapp, and Paula was a seamstress. America fever hit hard in Kapp, and when Paula's uncle Evin was unable to use his ticket to America, he sold it to Henrik. Not having enough money for Paula and Gunnar to have tickets as well, Henrik had to earn enough money for them once he was in America.

The family was reunited in Duluth, Minnesota on April 1, 1907, and Gunnar's brother Osvald was born soon after. In 1908, Henrik obtained a carpentry job for Northern Pacific Railroad, and the family moved to Tacoma, Washington. They bought a house in Parkland, and Gunnar's brothers Melvin and Henry were born in 1909 and 1912, respectively. In 1921, Henrik invested in the Olympia Veneer Company, and the family moved to Olympia, where Henrik worked for the co-operative plywood plant. Gunnar attended high school in Olympia, then went on to earn a BA from Central Washington University, an MA from Western Washington University, and had two years at the University of Washington in education.

By the time he finished college, the Depression had hit the country, and Gunnar was fortunate enough to find a teaching job at a two-room school in Shelton. The primary teacher there was Irma van de Ver, whom Gunnar married three years later. They had four children: Beverly, Shirley, Paula, and Gunnar. In addition to teaching in Shelton, Gunnar later was a principal in Mt. Vernon for five years, a superintendent in eastern Washington for one year, and had another administrative job for five years in Friday Harbor.

Following this job, they moved back to Olympia, where Gunnar received the Fullbright scholarship, enabling him to teach in Oslo for a year. This was the first time Gunnar and Irma visited Norway, and while they were there, Irma took a liking to the troll woodcarvings, inspiring Gunnar to teach himself how to carve upon their return home. He did the carving for the Troll Club at PLU. Gunnar was also active in the Sons of Norway in Olympia, teaching Norwegian as a project and serving four terms as president. He also attends church and sings in the choir.