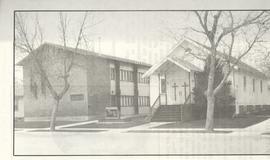 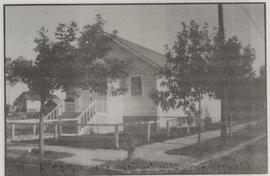 This folder includes a congregational historical record, a letter from Milton Nesvig, and a 50th anniversary booklet.

This congregation was organized at the Milwaukee Women’s Clubhouse on February 24, 1934. Services had been conducted in the area for several years, but the people felt they wanted their owncongregation. Initially, pastors from Billings and White Sulphur Springs conducted services on alternate Sundays. On July 13, 1934 Rev. Virgil Foss was installed as the first full-time pastor. He also served the Barber congregation. In 1941 Lennep joined the two and to develop a three point parish. A church was constructed in 1937, and the first worship service there was held on September 12 of that year. The basement was used for the Sunday School and is still used for worship services. The first parsonage was purchased in 1943, and a larger one in 1961. A new education building was constructed in 1966.