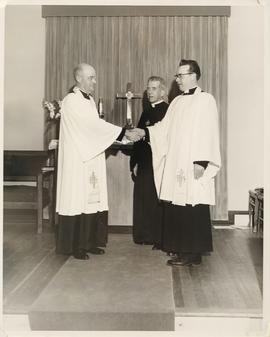 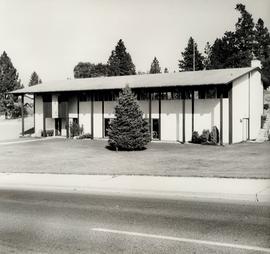 This folder contains a congregational historical record, various bulletins, an invitation to the organization of the church, newspaper clippings about the church, a booklet from their 25th anniversary, and various letters.

In the summer of 1951, the Board of American Missions of the ULCA surveyed the southeast area of Spokane known as Lincoln Heights. The first service was held May 2, 1954, at the Lincoln Heights Betterment Club with 34 adults present. The congregation was formally organized as Advent Lutheran Church on April 17, 1955, with 50 charter members. A new site was purchased on January 27, 1956, and groundbreaking for the church was celebrated May 15, 1960. On October 1 of that that year, the congregation moved into its new church. On April 1, 1961, the congregation voted to change its name to Bethlehem Lutheran Church.