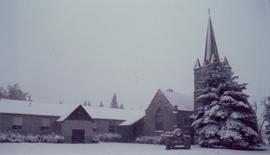 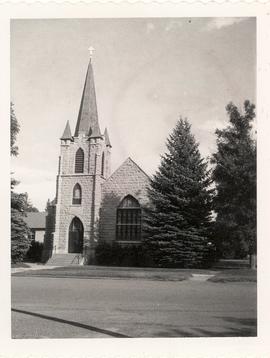 This congregation was organized February 16, 1907 under the leadership of Rev. E. A. Erickson who was pastor of the nearby Melville Lutheran Church. The meeting was held in the Congregational Church and the official name, “The Scandinavian Evangelical Lutheran Congregation In and Around Big Timber, Montana," was chosen. Five lots were purchased and work began in 1908 on a church built of native stone. It was dedicated on October 6, 1913 when all indebtedness had been paid off. A parsonage was added in 1916-1917. The parish hall was added to the church in the 1920s. A Sunday School was organized in 1907 with 26 pupils, and classes were held in the Episcopal Church.