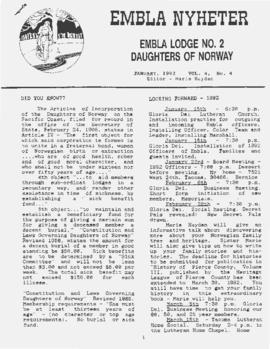 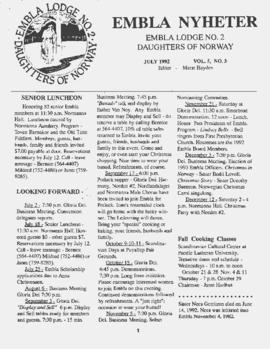 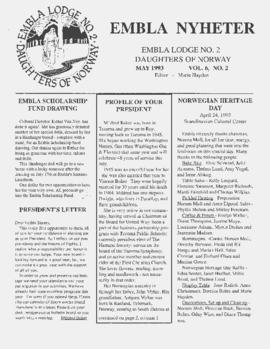 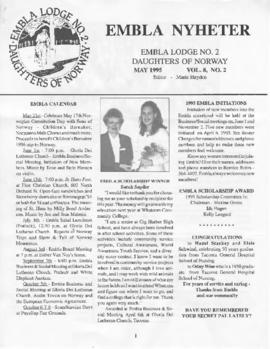 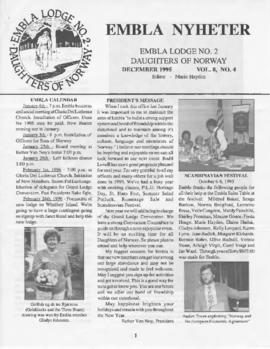 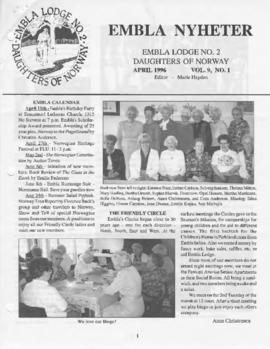 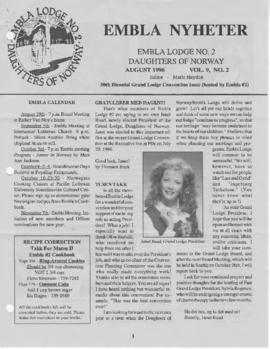 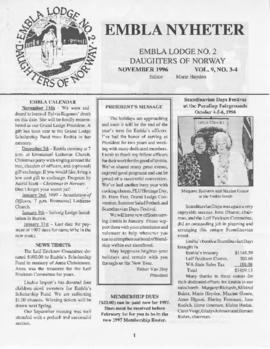 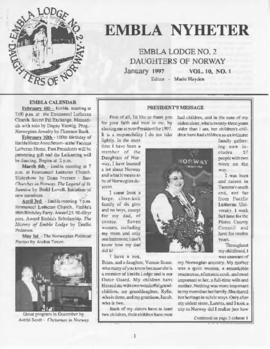 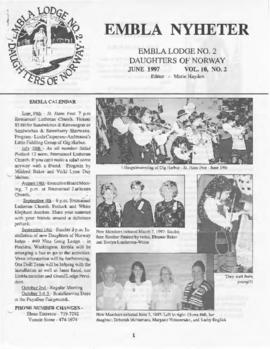 Daughters of Norway Embla Lodge No. 2

Embla Lodge No. 2 was founded on 24 April 1907 in Tacoma, Washington, officially incorporated by the state as a nonprofit organization on 24 February 1908. The organization was chartered by the Sons of Norway and relied on the guidance of Valkyrian No. 1 lodge when they first started. Together with Valkyrian No. 1 and Freya No. 3 lodges, Embla Lodge No. 2 became part of the Grand Lodge Daughters of Norway on the Pacific Coast. Embla Lodge No. 2 was led by Sisters Laura Walstad, Minnie Holmes, Sofie Horn, Anna Krogh, and Lizzie Nelson for the first five years. Other prominent leaders were Sisters Marie Gunderson, Anna Christiansen, Martha Hegelstad, Anna Aarflot, and Jennie Olson Woog. In 1924, Sister Marie Gunderson was once again president, followed by Sister Clara Larsen. Each ruled for three years, and many joined during those years.

The name of the lodge, “Embla,” comes from the first woman of the human race, according to Norse mythology. Askr, the first man, and Embla were created from two trees on the seashore by three gods. The first god gave them life, the second god gave them understanding, and the third god gave them their physical appearance.

Embla Lodge No. 2 participates annually in the Scandinavian Heritage Festival in Puyallup, Washington, and also helps plan the annual Norwegian Festival at Pacific Lutheran University. They offer a variety of cooking classes at PLU in addition to various cultural programs held at the lodge.

This collection contains the records of Daughters of Norway Embla Lodge No. 2, including financial records, membership history, and meeting minutes.