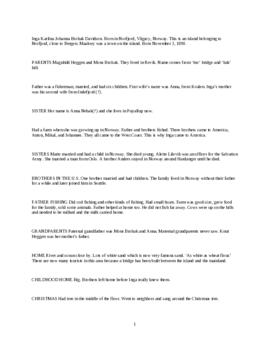 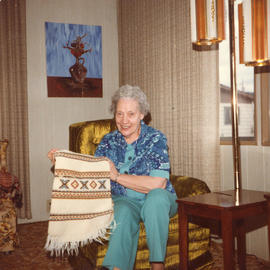 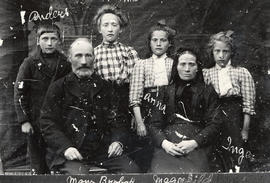 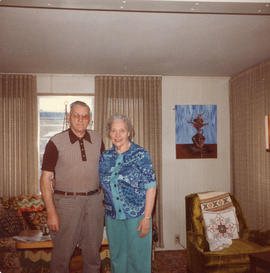 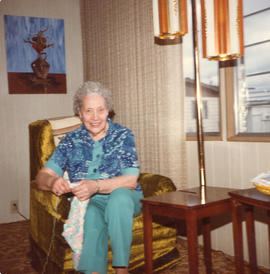 Inga Davidson was born on November 3, 1898 in Revik, Vågsøy, Norway to Mons Brobak and Magnhild Heggen. Mons was a fisherman, and Magnhild was his second wife. The Brobak's lived on a farm, and in addition to Inga, there were seven other children in the family: Mikal, Anton, Marie, Anna, Alette, Johannes, and Anders. Inga attended school for eight years before being confirmed, after which she began working in a cannery. Following the cannery, Inga worked for a family and then for Dr. Olvik in a health institution south of Bergen. Inga's older brothers had immigrated to America when she was fairly young, and when she was twenty-six, she received a letter from Anton and decided to join them in Seattle, WA. Language was a difficulty at first, but Inga attended night school and learned from the families she cooked and cleaned for. In addition to housekeeping, Inga also made dresses at a shop in Seattle. Inga met her husband, Odin Davidson, at a joint birthday party of hers and a friend. Odin was a fisherman and the brother-in-law of Inga's friend. They were married at Ballard Lutheran Church and then rented an apartment in Tacoma. In 1930, Inga's daughter Judith was born. Inga also had another daughter, but she died of rheumatic fever when she was fourteen. Inga and Odin eventually bought a house in Mt. View, where Inga became active in the Lutheran Church and Ladies Aid. During the summers, she also worked in a cannery while Odin was out fishing. At the Davidson's home, Norwegian was spoken and Inga continued to cook traditional Norwegian foods. Nevertheless, Inga loves the United States and is thankful to live here.