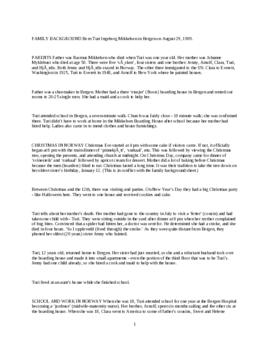 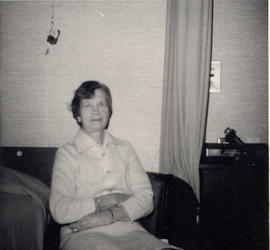 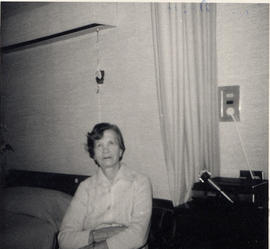 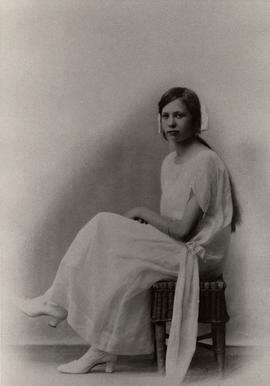 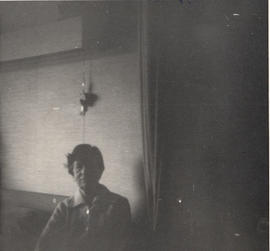 This interview was conducted with Turi Drage in Seattle, Washington on January 28, 1983. It contains information on family background, life in Norway, World War II in Norway, emigration, cultural differences, and Norwegian heritage. Also available are a photograph of Turi on her confirmation day and snapshots of Turi at the time of the interview. The interview was conducted in English.

Turi Ingeborg Mikkelsen was born on August 29, 1909 in Bergen, Norway. Her father was a shoemaker and died when Turi was one year old, and her mother ran a boarding house. Turi's mother died of a stroke when Turi was twelve. Following her mother's death, Turi lived at an aunt's house while she finished school. At the age of eighteen, she attended school in Bergen for another year and became a 'jordmor' (midwife-maternity nurse). Two years before World War II, Turi traveled to England for a year and cared for the daughter of a wealthy English family. Once back in Norway, World War II brought hard times for the country; food was scarce.

In 1947, Turi's older sister Clara, who had been living in Everett, Washington, visited Norway for six months and invited Turi to come work in America. Turi immigrated in March - April 1948. She traveled on a new merchant marine ship, and the trip took twenty-one days. After travelling through the Panama Canal, Turi landed in California, where she had arranged to meet a friend's sister. Turi then moved to Everett, Washington but due to her poor English, she was unable to find a job and returned to San Pedro, California.

She met her husband, Arne Drage, when his Seattle-based fishing fleet docked there. Arne was also born in Norway and had emigrated in 1920. On April 9, 1949, they were married, and Turi moved back to Everett while he fished. Turi was a member of the Sons of Norway while living in Everett and was also active in church. Arne and Turi later built a house in Seattle. The couple had no children.