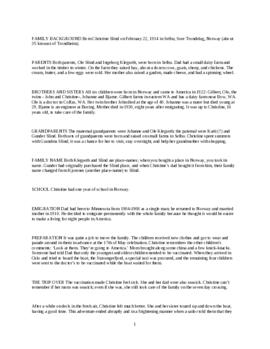 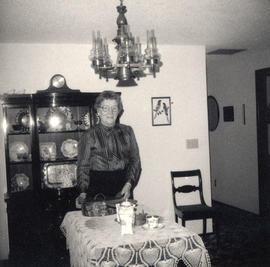 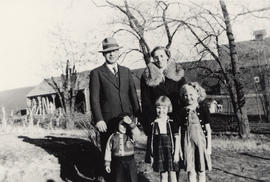 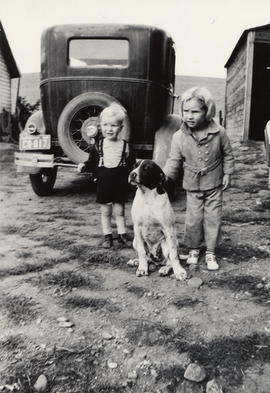 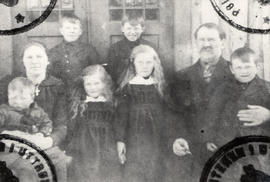 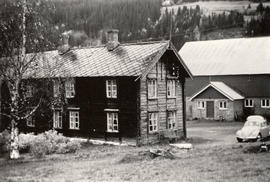 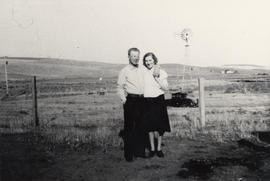 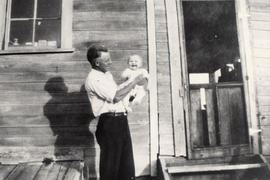 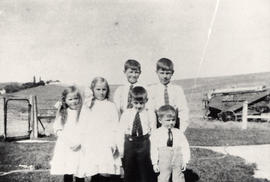 This interview was conducted with Christine Slind Emerson in Tacoma, Washington on November 22, 1982. It contains information on family background, emigration, school in America, the Selbu community, raising the family after her mother's death, marriage, return trip to Norway, and church activities. The interview also includes photographs of the Slind home in Norway, the Slind family passport picture, the Slind children in Lacrosse, Washington (1923), Christine and her husband Joe in Moscow, Idaho, Joe and their daughter Inez, Christine's children Camille and Vern, the Emerson family, and Christine at the time of the interview. The interview was conducted in English.

Christine Slind Emerson was born on February 22, 1914 in Selbu, Norway. Her father owned a small dairy farm, and there were six children in the family. Christine's father had lived in Minnesota as a single man from 1904-1908, and married her mother in 1910 after returning to Norway. Christine's father thought that it would be easier to support a family of eight in America, and in 1922, the whole family emigrated. The family arrived in Lacrosse, Washington in June, and in September, they rented and moved to their own farm outside of the town. Lacrosse was a Selbu community, which made the transition easier for the family. In Lacrosse, Christine attended a one-room schoolhouse and quickly learned English with the help of a good teacher and her bilingual Norwegian-American cousins. Christine completed the eighth grade and planned on continuing on to high school, but her mother died when she was sixteen, and, being the oldest daughter, Christine had to stay home and take care of the family. When she was twenty-one, Christine married John Emerson, who was also Norwegian and lived in the same community. The couple moved to Moscow, Idaho for three years and had two children there, Inez and Camille. They later moved to Dayton, Washington and lived on a rented farm there until 1970. Christine and John had two more children while living in Dayton, LaVerne and Lewis. In 1973, she and John traveled to Norway, and Christine found the Norwegian people to be very much like Americans. Although she did not join any Scandinavian organizations in America, she was an active member of the Selbu Church in Lacrosse, driving thirty miles from Dayton to attend.