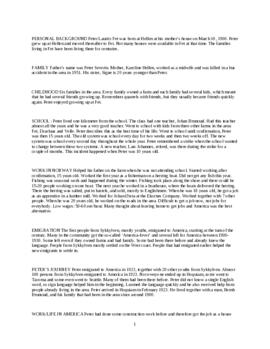 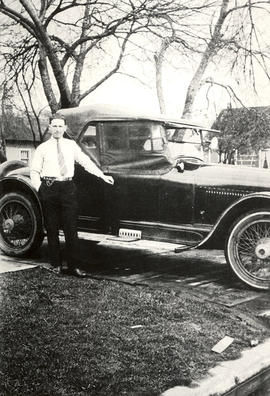 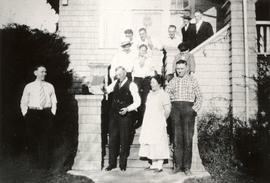 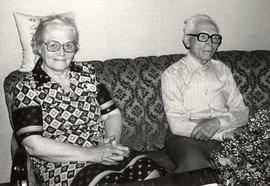 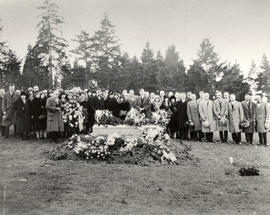 This interview was conducted with Peter Fet on June 16, 1984 in Sykkylven, Norway. It contains information about family background, emigration, work, return to Norway, and marriage. The interview was conducted in Norwegian and was translated by Christer Uthus on June 14, 2001. Also available are photographs of Peter at an immigrant funeral in Tacoma, Washington, Peter beside his automobile, Peter and friends at Christmas in Hoquiam, Washington, and Peter and his wife Åsta at the time of the interview.

Peter Laurits Fet was born on March 10, 1900 in Hellen, Ikornes, Sykkylven, Norway, which is on the West Coast of Norway. His parents were Peter Syverin Fet and Karoline Hellen, and he had one sister, Signe Karoline. When Peter was sixteen years old, he began to fish and remained in the industry for two seasons until deciding to immigrate to America with some friends. Once in America, he worked in the timber industry near the Hoquiam-Aberdeen area in Washington State. Peter stayed in Washington for six or seven years before returning to Norway, where he married Åsta Brudevold and had two children, Kjell and Olaug Gjersrud. Åsta's brother Erling also spent time in America when he was younger. He worked on a farm in Minnesota, then moved to the West Coast, where he lived his whole life. Normal jobs for women immigrating to America was housekeeping and work in the Alaskan fishing industry. Both Peter and Åsta visited America in 1962, where they visited the Yakima area where a cousin lived. Three things she remembers about America are the Grand Coulee Dam, Roosevelt, and the dark green American mountains. Åsta also talks about Norway during the Second World War.