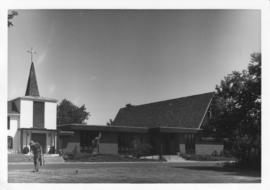 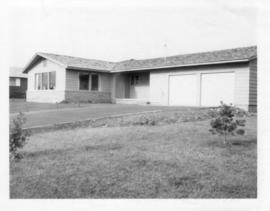 This congregation purchased a church site in the fall of 1908, only a few months following its organization. In 1909 the Ladies’ Aid, Young People’s Society, Sunday School, and choir began to function. In December of that year the church was dedicated, and the parsonage was completed in 1916. In 1937 the church was remodeled. Additional enlarging and remodeling took place, with rededication on the 40th anniversary of the church, April 25, and 26, 1948. In 1951 a 12-room duplex adjoining the church property was purchased for Sunday School. In 1958 the congregation celebrated its 50th anniversary. On April 8, 1962 a new sanctuary was dedicated. November 14, 1965 marked the dedication of the new parsonage. In 1977 the congregation bought the property directly behind the sanctuary to be used for expanding the Christian student community which provided housing for sixteen students attending Central Washington University.