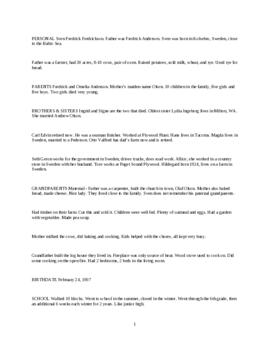 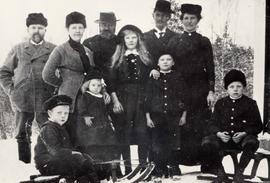 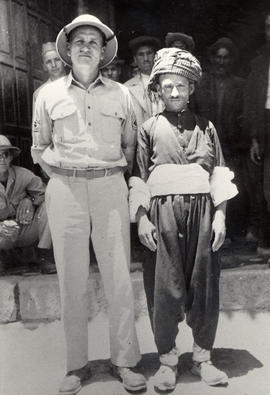 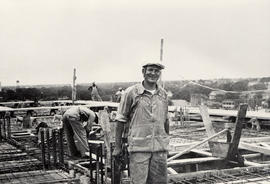 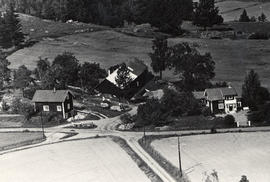 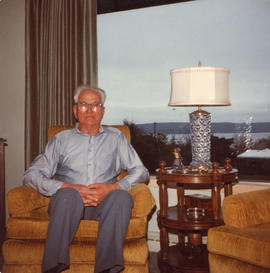 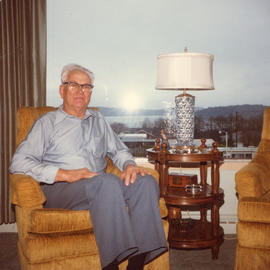 The interview was conducted with Sven Fredrickson on November 30, 1981 in Tacoma, Washington. This interview contains information on personal history, employment, emigration, family, the Army, church and community life, and Swedish heritage. It also provides photographs of the house where Sven was born, Sven and his family, Sven and an Iranian mountaineer, Sven building a courthouse in Oklahoma City, and Sven at the time of the interview. The interview was conducted in English. Also see Hans Fredrickson.

Sven Fredrickson was born on February 24, 1907 in Kolsebro, Sweden. One of ten children, Sven grew up working on the family farm and attending school during the summers. Sven loved the Swedish Christmas traditions as a child, including selecting a tree, decorating the house, eating the traditional food, and going to church. Sven worked in a variety of ways as an adolescent; he helped fuel the trains during World War I, aided a blacksmith in town, and laid cement for a new dam. Still, Sven thought there would be more work in the United States, so he moved there with his uncle's sponsorship in 1923. Sven found work in lumber camps and in a molding business. He went to school to learn English and picked it up quickly. In 1928, Sven returned to Sweden to celebrate his father's birthday. When the Depression hit, Sven moved to Oklahoma to find work. He had a carpentry job and also worked in the oil fields. Sven moved around for different jobs, working in Oklahoma City, College Station, Denver, Corpus Christi, and Arkansas. While living in Denver, Sven met his wife, and they married in 1940. Soon after, Sven received orders to join the Army. As a Master Sergeant, Sven oversaw the building of bridges and roads. He traveled to such places as New Zealand, Australia, India, Iran, and Russia. When Sven returned from the war in 1945, he invested in Puget Sound Plywood with his brother Hans. Sven built houses and did some contracting. He had two children, Cynthia and Robert, but tragically his wife died of cancer. At the Vasa Lodge, Sven met Edith Carlson, whom he married after his first wife's death. Besides being a member of the Vasa Lodge, Sven participates in the Masons and Valhalla Lodge; he has served as president at Valhalla Lodge four times. Sven returned to Sweden in 1956, 1964, and 1977. He sees that many changes have taken place, but Sven still tries to retain Swedish traditions in America.