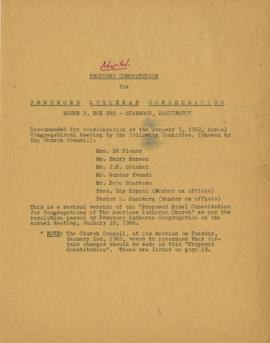 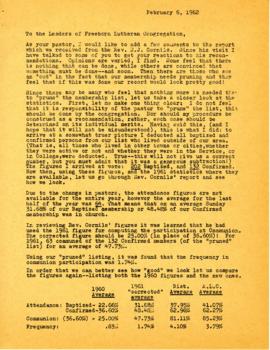 At the turn of the century, a one-room schoolhouse stood on a cleared acre, surrounded by woods on every side. Peder Pederson had donated the land on which the schoolhouse stood and it was in this building that Freeborn Lutheran, under the leadership of Rev. G. Gulbransen, met on January 8, 1900 to officially organize. They organized as Skandinaviske Evangsliske Lutherske Menighed, and for many years following, the Scandinavian language was used. In 1904, land was donated by Pederson for a church site which is now known as the Freeborn Cemetery. Later a half-acre was purchased adjoining the cemetery to the west, and another acre purchased east of the church. A shed, complete with hitching posts, was erected for those who rode horses to church. The church was built in 1904.