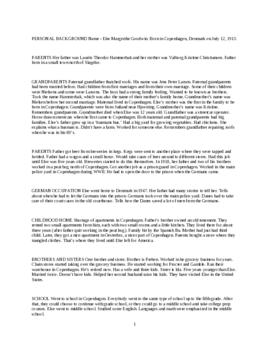 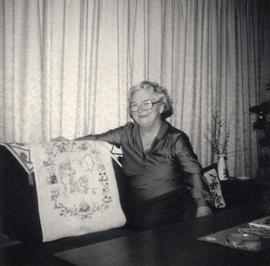 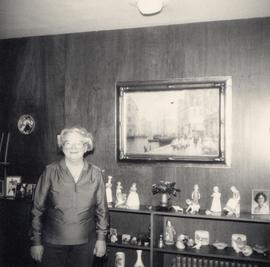 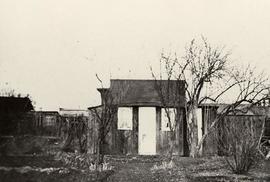 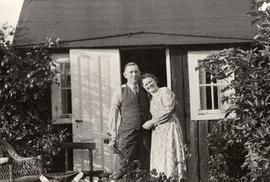 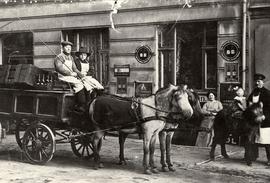 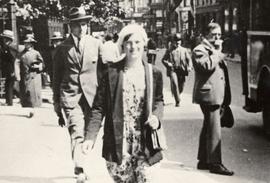 This interview was conducted with Else Goodwin on January 10, 1983 in Seattle, Washington. It contains information on family background, emigration, returning to Denmark, marriage, re-emigration, employment, and community involvement. The interview also includes photographs of Else's summerhouse in Copenhagen, Else's parents, Else riding a pony in 1915, Else leaving Copenhagen on July 14, 1930, and Else at the time of the interview. The interview was conducted in English.

Else Goodwin was born on July 12, 1913 in Copenhagen, Denmark to Laurits Theodor Larsen Hammerbak and Valborg Kristine Christiansen. Else had two siblings, Preen and Ida, and the family lived in downtown Copenhagen. When Else was seventeen years old, her parents' friends, Emil Andersen and his wife, came to visit from New York. They invited Else to go back with them, which her mother thought was a great opportunity. In New York, Else lived with a doctor and his family, and she worked for the Andersens, cleaning and helping with their children. Originally, Else was only going to stay in America for six months, but she got two six-month extensions on her visa and did not return home until November 1931. On the voyage home, Else met Theodore Beck, a widower from Jutland, Denmark. Theodore had a young son and was returning to Denmark so that his sister could help him raise the boy. Else gave Theodore her home address, and he soon came to Copenhagen to convince her to marry him. After they were married, they returned to America at the end of May 1932. They settled on the West Coast, where Theodore was a dairyman for Hollywood Dairy in Seattle, WA. Else worked as a housekeeper to make extra money during the Depression, but after she had her daughters, Elin and Marilyn, in 1934 and 1937, respectively, she remained at home until Marilyn was old enough to go to school. When WWII started, Else went back to work as a waitress at a local restaurant. In 1947, Else and her daughters took a trip to Denmark, which the girls loved despite the fact that they had never learned Danish. Else's husband did not want them to learn Danish, believing that without knowledge of the Danish language, they would learn English more properly. When Marilyn graduated from high school, Else divorced Theodore and later married Crawford Goodwin. Crawford was born in Spokane, Washington and had a real estate business in Seattle. Through the years, Else has been very involved in Scandinavian organizations. She has been Treasurer of Danish Sisterhood, on the board of the Danish Home, on the board of the Nordic Heritage Museum, a member of a folkdance group called 'Dannelag,' a member of a singing group, and a member of the Danish drama club 'Harmonien.' Else has also been active in Seattle's Danish church and served all offices in the PTA while her girls were in school.