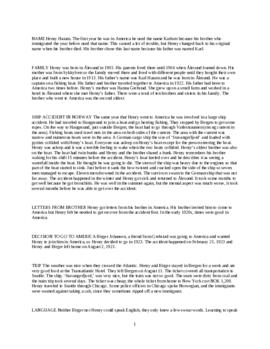 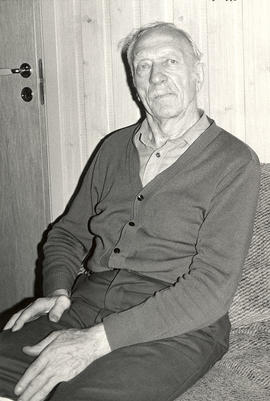 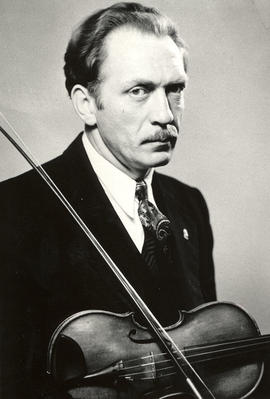 Henry Haram was born on September 4, 1903 in Ålesund, Norway, but his family moved to Sykkylven when he was very young. He was the third of ten children by Karl Haram and Hanna Grebstad. In 1923, Henry and a friend decided to emigrate; Henry's older brother, Petter Karlson, was already in America. After arriving in Washington State, Henry found work in the fishing and lumber industries, and moved to Seattle in 1926. For the next twenty years, he worked in a variety of jobs: a Ford assembly plant, a sawmill, cannery, and others. He became an American citizen in 1933 and owned a home close to the Ballard area. He returned to Norway after WWII, in about 1946, and remained in the Sykkylven area, employed in brickwork. Henry began playing the violin when he was 7, took lessons, knew Fritz Kreisler, and competed in violin contests in the U.S.