Students fulfilling the requirements of the Anthropology Capstone completed a Wenner-Gren Foundation for Anthropological Research Dissertation Fieldwork Grant Application. The work of students who completed the project and agreed to make their work available through the Archives and Special Collections is included. 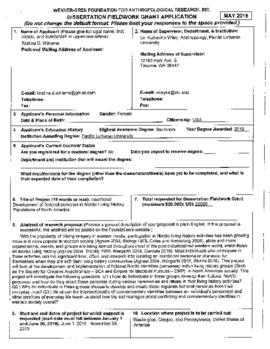 The Matrix is a journal of social justice produced by PLU Student Media.

According to https://matrix.plu.edu/about
"The Matrix is a highly collaborative, intensely experimental, and thoughtfully provocative conversation starter. It is not an echo chamber. It is not a newspaper. It is not simple and it does not simplify. It is social justice in process, in progress, in conversation. It is not the final word."

The Papers of Dr. Christopher Browning includes information on his work as a historian, Holocaust scholar, consultant and expert witness for various legal and libel cases, Professor of History at Pacific Lutheran University (1974-1999), and the Frank Porter Graham Professor at the University of North Carolina-Chapel Hill (1999-2014).