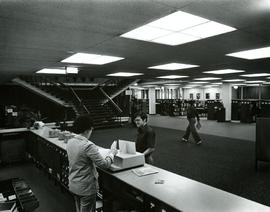 Stella Kusek checking out a book to a student in Mortvedt Library. 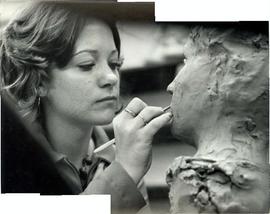 A sculpture student works on a piece. 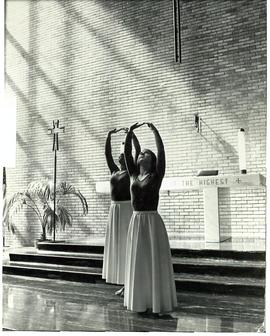 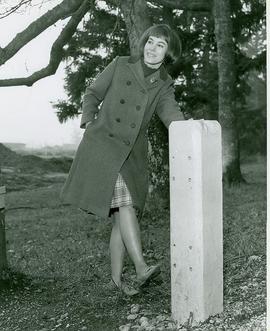 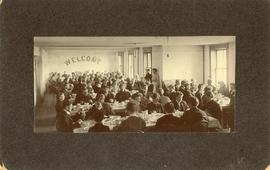 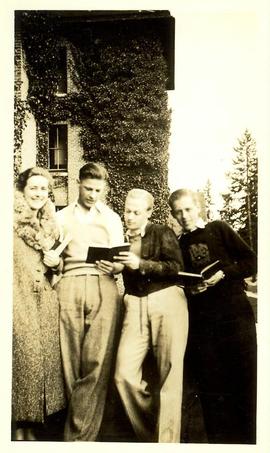 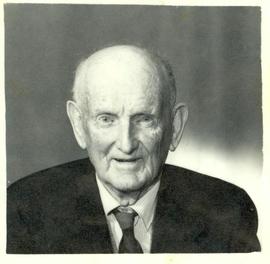 Olaf Gulbransen was a member of the Board of Trustees from 1927-1929 and from 1929-1932. Olaf attended PLA but had to leave before graduating. He was later given an honorary diploma. His diploma can be found in the University archives. He donated his entire estate to the university including his one time home on Garfield street (now PLU parking lot). 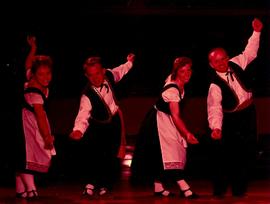 May Festival dancers pose for a photograph. 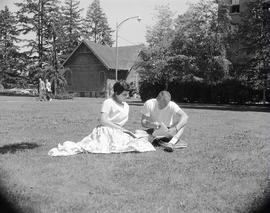 Two unnamed students read outside on the lawn. 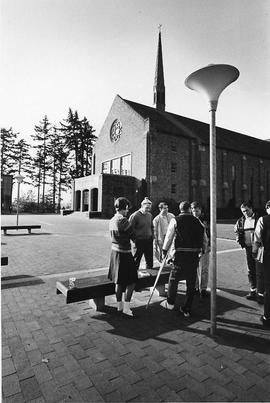 Students in front of Eastvold Auditorium

Students in front of Eastvold Auditorium.