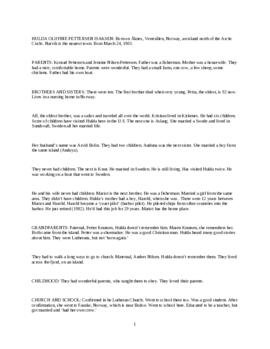 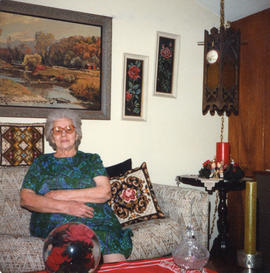 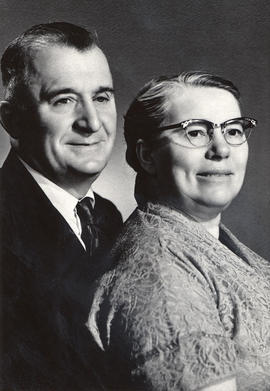 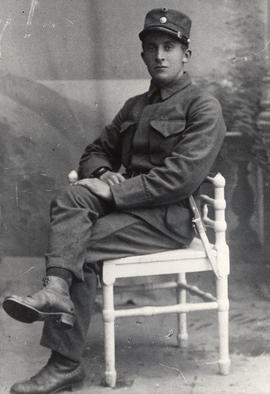 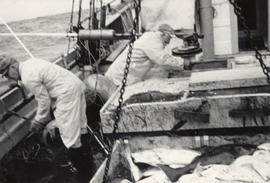 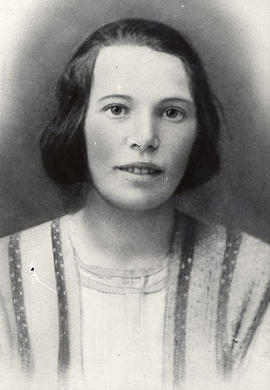 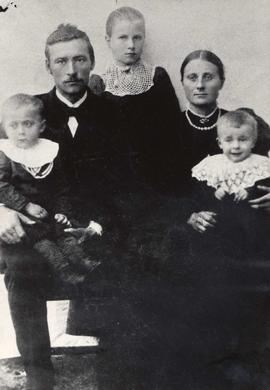 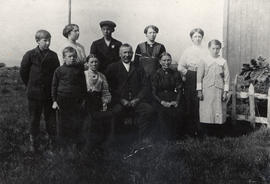 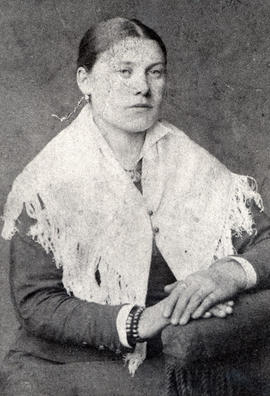 The interview was conducted with Hulda Isaksen on January 19, 1982 in Tacoma, Washington. This interview provides information on family history, childhood, church and school, Christmas traditions, troll stories, marriage, voyage to America, train trip to Tacoma, learning the English language, becoming a Christian, church involvement, children, raspberry farm, trips to Norway, changes in Norway, Norwegian traditions at home, taking in veterans, and handicrafts. The interview also contains photographs of Hulda Isaksen's mother, Jensine Andreasen, at the age of seventeen, Hulda and her family, Hulda's husband Rolf and his family, Rolf in the Norwegian Army, Hulda before immigrating to the United States, Rolf fishing halibut, Hulda and Rolf, and Hulda at the time of the interview. The interview was conducted in English with some Norwegian towards the end of the interview.

Biographical Information Hulda Olufine (Pettersen) Isaksen was born on Åknes, Vesterålen, Norway, an island north of the Arctic Circle, on March 24, 1903. Her parents were Konrad and Jensine (Nilsen) Pettersen, and she had eight brothers and sisters; her father was a fisherman and owned his own boat, and her mother was a housewife. Hulda was confirmed and attended school in the Lutheran Church. After confirmation, she went to school in Fauske, Norway, where she was educated to be a teacher. Her husband, Rolf Isaksen, lived in a community about seven miles from Åknes, and Hulda met him when she would go to visit her aunt and cousin who lived there. Rolf and Hulda were dating before she went to Fauske and they married a couple of years after she returned from Fauske on July 9, 1922. Hulda stayed with her mother when Rolf immigrated to Tacoma in 1924; he was a fisherman in Norway and continued to fish in Alaska when he came to the U.S. Hulda came to the U.S. in October 1926 with her son Carl and her sister-in-law Agnes. They landed in Halifax, Canada and took a train to Vancouver, B.C., where Rolf met them; they then took a train on to Tacoma. They lived in Tacoma and Rolf fished in Alaska before obtaining a job in the biology department at the University of Washington in Seattle. They had ten children-Carl, Ruth, Irene, June, Roy, Nancy, Joseph, Helene, Roger, and Donald. They moved to a six-acre raspberry farm in Puyallup, WA in May 1942 when Donald was 11 months old. They later sold half of the farm to a friend and 'quit the berries' (no date given); Hulda then got jobs housekeeping and worked for a doctor in Sumner, WA. In addition, she took in fifteen veterans over fifteen years and cared for them in her home. She has visited Norway three times-twice with her husband and once with her daughter Irene in 1979; the first trip was in the 1940s after WWII. Rolf died in 1977.