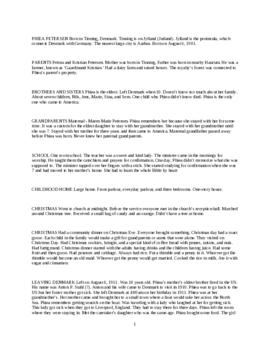 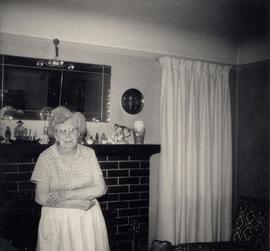 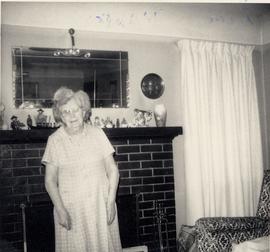 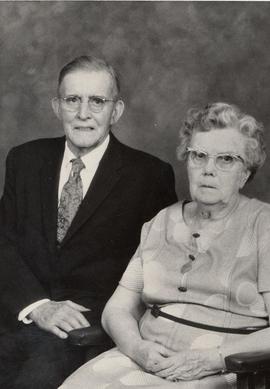 Phiea Johnson was interviewed on March 15, 1983 in Tacoma, Washington. Her interview provides information about family background, emigration, her adoption, education, marriage and family, church involvement, and Danish heritage. Also available are a photograph of Phiea and her husband and two photographs of Phiea at the time of the interview. The interview was conducted in English.

Phiea Johnson was born Sophiea Petersen on August 6, 1901 in Tinning, Denmark to Kristian and Petrea Petersen. Phiea's father owned a dairy farm and raised horses, and Phiea was the eldest of about seven children. It was custom for the eldest daughter to live with her grandmother, and Phiea lived with her maternal grandmother, Maren Marie Petersen, until she was seven years old. She then lived with her mother for three years and immigrated to America at age ten in accordance with another custom.

According to family custom, if the eldest son in the family did not have children, he adopted the eldest child of his youngest sister to carry on the family name. This being Phiea, she moved to Tacoma, Washington to live with her mother's brother, Anton Stahl. Anton was a contractor, and they had a nice home in the middle of Tacoma. Phiea attended school through the eighth grade, and after her adopted father died of a heart attack in 1917, her adopted mother did not feel Phiea need to continue on to high school. Instead, Phiea had to tend to the property Anton had left when he died. Phiea and her mother rented out rooms, and Phiea's husband was one of their borders for seven years. He was from Sweden, and they moved into Phiea's mother's house after they got married.

Phiea had two children, Anton and Gretchen, both of whom graduated from Pacific Lutheran University. Phiea never got involved with any Scandinavian organizations but has been an active member of Luther Memorial Church. She has only returned in Denmark once, in 1946. Phiea felt like a stranger and had to learn the language all over again. She can still speak it some, but when her sister writes to her in Danish, Phiea always has to have an up-to-date Danish dictionary handy. Since she left when she was only ten, Phiea does not remember a lot of her country's traditions, but she is very proud of her heritage.