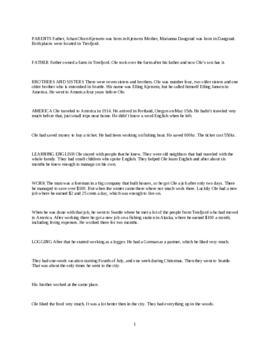 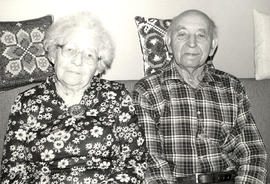 Ole Johnson Kjersem was born on November 18, 1893 in Kjersem, Tresfjord, which is on the western coast of Norway. His parents were Marianne Daugstad and Johan Olson Kjersem, and he had six brothers and sisters. He was born and raised on the family farm, but times were very bad and he immigrated to Portland, Oregon in 1914. He knew a family there, and they helped him find work in the lumber industry. He later moved to Seattle, fished in Alaska, and worked in a logging camp near Hoquiam-Grays Harbor, Washington. Ole returned to Norway in 1925, married Elise Tomre, and took over his father's farm. They had two children, Margit, born in 1927, and Johan, in 1931; both were born in Kjersem, Norway.