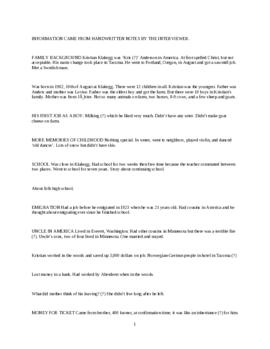 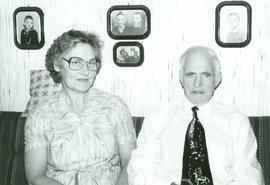 Box 11, File 23B Photographs
One photograph

Kristian Klakegg was born on August 10, 1902 in Klakegg, Jølster, Norway to Anders Klakegg and Lovise Hus (?). He was the last of twelve children: Knut, Ole, Sivert, Mathias, Nils, Martin, Oline, Severine, Ludwig, Olai, Albert, and Kristian. Kristian emigrated in 1923 at the age of twenty-one and settled in Washington State. He obtained citizenship in 1935 and worked in the timber industry for fifteen years. Following that, he began fishing in Alaska. He visited Norway in 1947 and again in 1953, this time marrying Alfhild Gloppestad. Kristian and Alfhild had one child, Arne, and continued to live in Washington until 1963 when they returned to Norway.