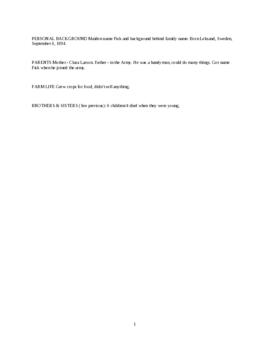 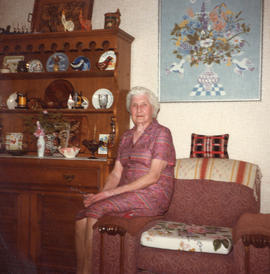 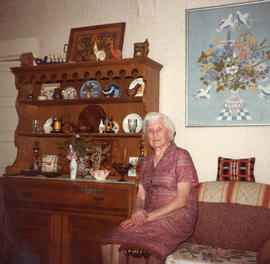 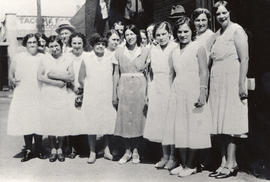 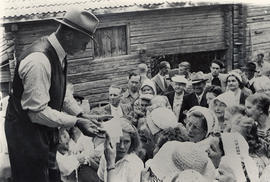 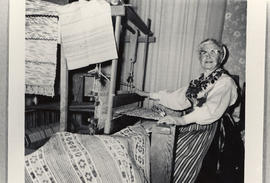 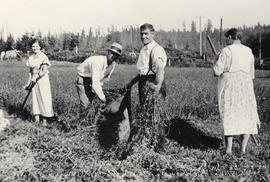 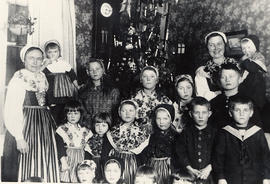 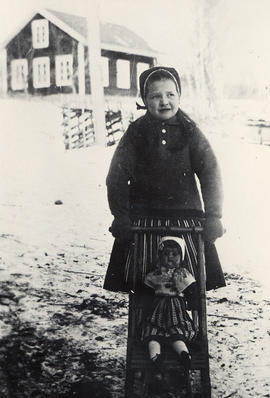 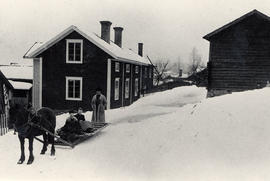 The interview was conducted with Anna Loman on October 23, 1981 in Tacoma, Washington. This interview contains information on personal background, employment, family, emigration, heritage, church and community life, and return trips to Sweden. It also contains a letter from Anna to Janet Rasmussen and photographs of Anna's homeplace, Anna's daughter Margit (March 16, 1925), Anna's last Christmas in Sweden (1926), Anna in Gig Harbor (1931), Anna weaving, at an auction (1942), Anna at Olympic Laundry in Tacoma, and Anna at the time of the interview. The interview was conducted in English with some Swedish towards the end of the interview.

Anna (Fisk) Loman was born in Leksand, Sweden on September 6, 1894 to Erik and Karin Hanses Fisk. The family lived on a small farm in the country in a log house. Anna started school at the age of seven and attended for six years. She also took Bible classes and was confirmed when she was fourteen years old. Anna enjoyed celebrating a traditional Christmas holiday with customary Swedish decorations and food. Anna worked at a hotel until she met her first husband; they married on Christmas Eve in 1918. Anna worked for a while as a groundskeeper at a graveyard when she first married. She and her husband had one daughter, Margit, in 1919.

Anna's father moved to America and lived in Tacoma; he encouraged her to move there as well when her husband mysteriously disappeared around 1927. Her mother and brother joined them a year later. First Anna found work in a laundry and as a housekeeper. She attended night school to learn English.

In 1931, Anna married John Loman, a Swedish man whom she met in the berry fields in Puyallup; the two of them and their daughter Margit received their citizenship together. They visited the Loman family in Sweden in 1947. John Loman worked as a logger and started a plywood business, but he passed away in 1949. Anna took care of her mother for 25 years when her father died of cancer, and her brother Axel took over their father's farm in Gig Harbor.

Anna has been an active member of the Ladies Vasa Auxiliary for 51 years. She has taken seven trips back to Sweden, one of them in 1959 for her 50-year reunion of her confirmation class. Anna recognizes that Sweden has been quite modernized, but she still enjoys making traditional Swedish food.