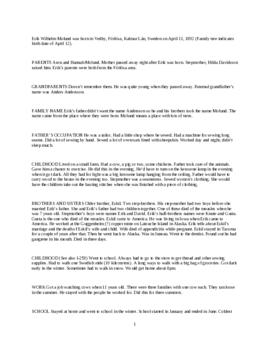 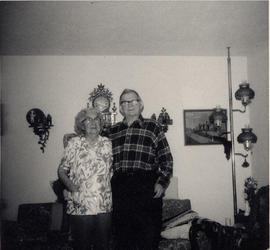 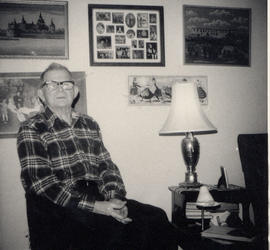 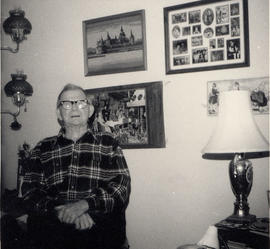 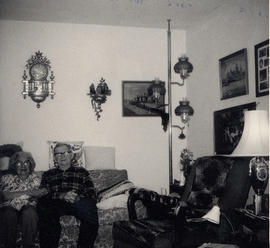 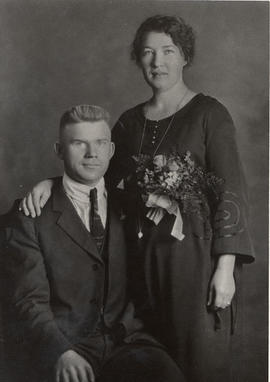 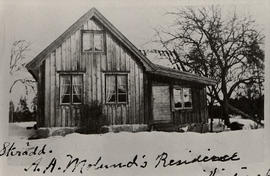 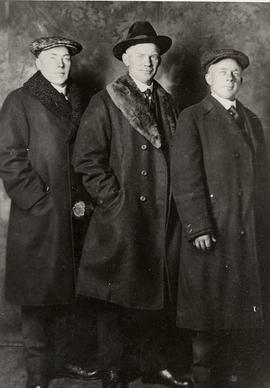 The interview was conducted with Erik Molund on February 28, 1983 in Tacoma, Washington. This interview contains information on personal background, emigration, employment, return trips to Sweden, marriage, travel, adjustment, heritage, and church life. Also available are photographs of Erik Molund's family home in Sweden, Erik and two of his brothers, Erik and his wife Elsa as a young couple, and Erik and Elsa at the time of the interview. The interview was conducted in English with some Swedish throughout the interview. Also see Elsa Molund.

Erik Wilhelm Molund was born on April 12, 1892 in Vedby, Sweden. Erik's mother Hannah passed away right after he was born, and his father Aron remarried the woman who raised Erik, Hilda Davidson. The family lived on a small farm; Erik's father worked as a tailor. Erik attended school during the winter from January to June. He had one older brother named Eskil, two stepbrothers, and two half-brothers. Eskil moved to America and encouraged Erik to join him. Erik left Sweden in 1911 at the age of 17, and he lived with Eskil in Texas working on their uncle's farm. They both found extra work as janitors. Eskil stayed in Texas for three to four years, but Erik stayed for only two. Then Erik found a variety of jobs and traveled to many different places like Kansas, North Dakota, Minnesota, and finally back to Texas. In 1922, Erik went home to Sweden to marry Elsa Nilsson. They both returned to America and lived in Iowa a short time before moving to Tacoma, Washington. Erik worked in a shipyard and then in construction; he was close to 70 when he retired. Erik and Elsie took a trip to Sweden in 1957. They are active in the Scandinavian Vasa Lodge and are involved in their church.