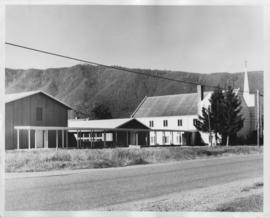 This congregation organized on June 19, 1949, having held services from the previous January. Groundbreaking services for the new church were held December 10, 1950, and the first service in the basement of the new church took place November 11, 1951. The church and parsonage were dedicated November 30, 1952. Two lots east of the church were purchased in February of 1959 to be used for parking and future expansion. Five additional lots were purchased in 1966 for the same purpose. Groundbreaking for the new Education and Fellowship Building was held Palm Sunday, April 15, 1973, and dedication took place on September 16 of that year.