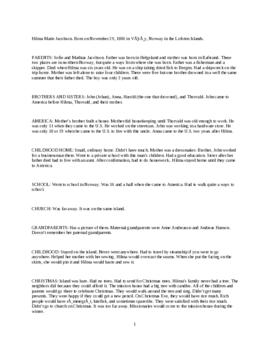 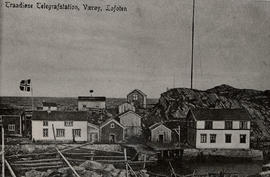 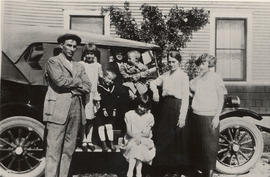 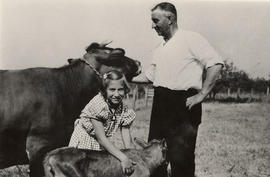 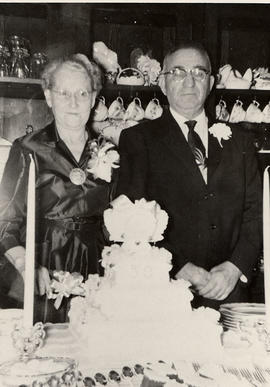 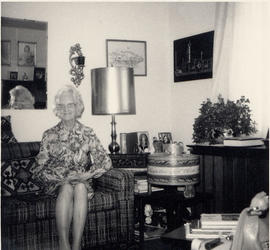 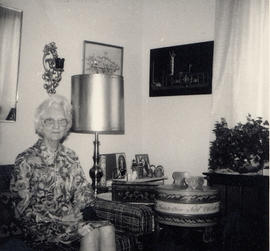 This interview was conducted with Hilma Nelson on March 2, 1983 in Tacoma, Washington. It contains information on family background, emigration, work, marriage and family, church and community involvement, and Norwegian heritage. Also available are photographs of Værøy, Norway, Hilma's husband Albert with their family, Albert and their youngest daughter on the farm, Hilma and Albert on their 50th wedding anniversary (December 28, 1957), and Hilma at the time of the interview. The interview was conducted in English.

Hilma Nelson was born on November 29, 1886 in VÃ¦rÃ¸y, Norway to Mathias Jacobson and Sofie Andreason. In addition to Hilma, Mathias and Sofie had four other children: John (Johan), Anna, Harold, and Thorvald. Hilma's father was a fisherman, and he died in a shipwreck when Hilma was only six years old. Hilma's brother Harold also drowned that summer, having fallen in a well at the age of three. Sofie, who was a dressmaker, was left to raise four children on her own. Hilma was confirmed when she was fifteen, after which she remained at home to help with the housework. In 1903, John, who was living in Tacoma, Washington, sent tickets for Sofie, Hilma, and Thorvald to emigrate. (Anna came two years later). John died before they came, but Sofie's brother, who also lived in Tacoma, encouraged them to come anyway. Sofie's brother, Anton Andreason, had never married and said that he would take care of the family. Anton built a house for all of them on Ainsworth Avenue, and Sofie tended to the housekeeping. Hilma herself found a housekeeping job with the Anderson family shortly after her arrival to Tacoma. She had to cook, clean, and do the laundry, earning $8 a month. Hilma's next job was for Mr. and Mrs. Fross, where she also made $8 a month, but was helped a great deal with her English. Following the Fross family, she worked for a Laird McCormick, who was in the steam ship business and paid Hilma $27 a month. She also worked for Ernest Lister, who later became the Washington State governor. In her time off, Hilma attended a Norwegian Lutheran church and joined the Good Templar Lodge. She met her husband, Albert Nelson, at a friend's house and was married in 1907. Albert was originally from VesterÃ¥len, Norway and had emigrated in 1903 as well. Albert was a fisherman, and Hilma lived with her mother while he was gone. In 1911, he bought land on 38th Street and began building a house for them there when he came home from fishing. In 1918, they moved into the house. Hilma and Albert had seven children: Alma (Betty), Sigurd, Ruth, Edna, Donald, Richard, and Beverly; Hilma did not work out of the home while she was raising them. Hilma has never been back to Norway but continues to maintain Norwegian traditions in her home. Her children could not speak English until they began school, and Hilma continues to make roemmegroet, lutefisk, fattigmand, and lefse. She also belonged to the Daughters of Norway before moving out into the country and has been an active member of Emmanuel Lutheran Church.