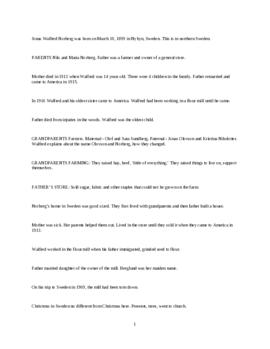 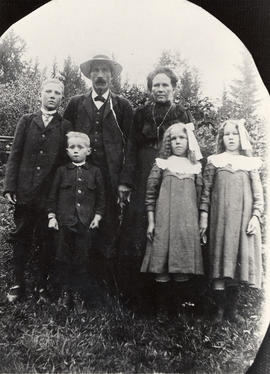 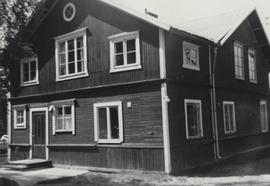 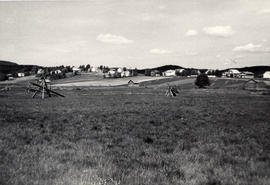 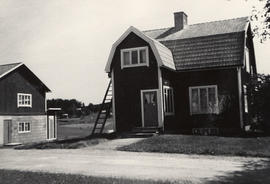 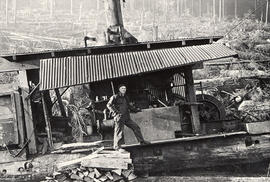 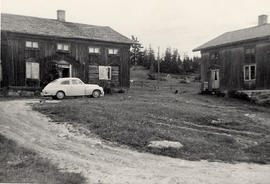 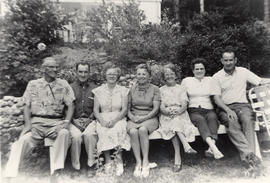 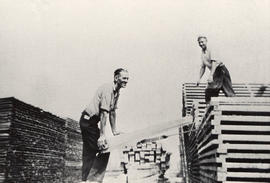 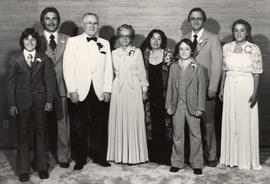 The interview was conducted with Jonas Norberg on September 23, 1981 in Tacoma, Washington. This interview contains information on personal background, emigration, work, family, community life, and Swedish heritage. It also contains photographs of Walfred, the Norberg family in Sweden, Nybyn, Sweden (1899), the Norberg house/farm, the Norberg Brothers General Store in Grindnäset, Sweden, the house built by Nils Norberg in Nybyn (1904), Walfred at the Cascade Lumber Co. in Alder, Washington (1922), the Norberg family upon their return to Sweden, Walfred and Roy Waller piling lumber in Washington, and John Johnson and his family. The interview was conducted in English.

Jonas Walfred Norberg, known as Walfred, was born on March 10, 1899 in Nybyn, Sweden. Walfred's father, Nils Norberg, was a farmer and owned a general store. Walfred was the oldest of four children in his family. He attended school for six years until he was 13 years old.

After Maria Norberg, Walfred's mother, died in 1913, Nils Norberg remarried the mill owner's daughter and moved to America in 1915. Walfred found a job at the mill grinding seed, but in 1916, he decided to leave work and move to America. Most of Walfred's family, including his father and uncles and two young half siblings, lived in America.

Walfred and his oldest sister Margreta left Sweden and traveled to Tacoma, Washington. Immediately, Walfred began working in the woods, as his father was doing. Logging was a dangerous job, though, and Nils Norberg died in a logging accident in 1919; one of Walfred's brothers was killed in the same manner.

In 1925, Walfred met his Norwegian wife, Magda Jerstad, at a Scandinavian picnic; they married one year later on the same date. Walfred and Magda had one son named Jay in 1927. Walfred continued to work in Tacoma in a variety of positions, such as a lumber piler, a car loader, and a superintendent. The Norberg family lived in California from 1947 to 1952 while Walfred started a sawmill company. They returned to Tacoma, but Walfred wanted out of the lumber business due to the dangerous conditions.

Walfred is involved in several organizations - Eagles, Valhalla, and Vasa. He returned to Sweden in 1969 and 1974. Walfred is proud of his Swedish heritage and can still speak the language. He maintains, though, that there are a lot of similarities between Sweden and America.