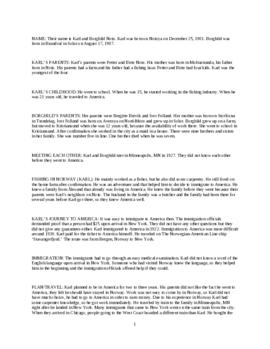 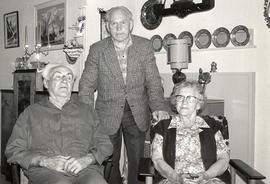 Biographical Information Karl Notø born on December 25, 1901 in Notøya, Norway to Petter and Berte Moltumyr. Karl was the youngest of four children, and has one brother, Ole, and two sisters, Ragna and Karin. Karl immigrated to America in 1922 and became a carpenter in Minneapolis, MN before moving to Florida to work. He later returned to Minneapolis, where he met Borghild. Borghild was raised near Kristiansund, Norway and emigrated to Minneapolis in 1926, where her brother lived, after she was confirmed. In Minneapolis, she did housework until returning to Norway in 1930, where she remained in Bergen, working and waiting for Karl to return as well. The couple was married in 1932 upon his return to Norway and had two children: Birgit Marie and Kirsten Borgny.