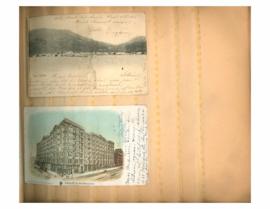 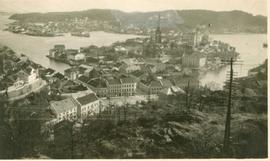 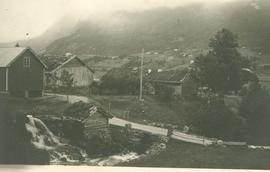 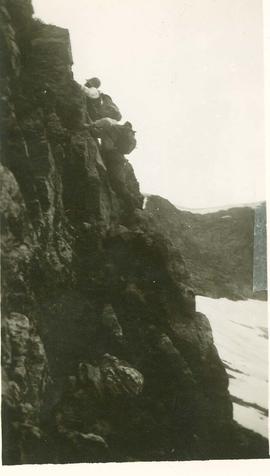 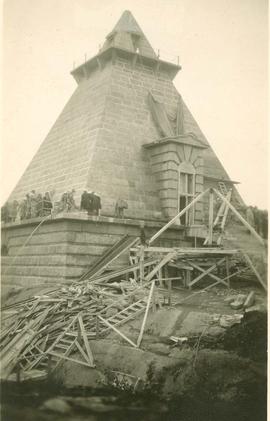 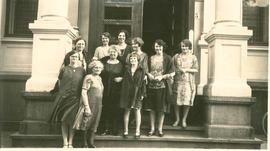 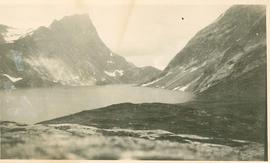 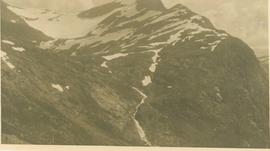 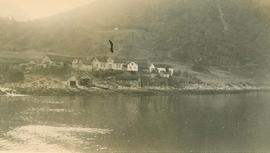 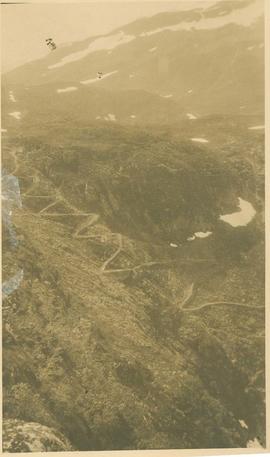 Contains various documents and items that Olav Boen kept during his lifetime. During the first decade of the twentieth century, he kept a scrapbook where he saved programs and tickets from events he attended, wedding invitations, and greeting cards from friends. He also kept a few loose brochures and programs, which span the years 1912 to 1971. He also accumulated photographs and postcards from his travels, mostly to Norway. The collection also contains newspaper articles, both in English and Norwegian, documenting Boen’s activity in the Scandinavian community in the Pacific Northwest.

Olav Boen was born in 1881. He was a Seattle contractor for the Pacific Northwest branch of Associated General Contractors. During his time working as a contractor, he built the Norway Center on 300 3rd Ave. W. in Seattle. Olav Boen was a dedicated member of the Norwegian Male Chorus of Seattle. He joined the Norwegian Male Chorus in 1902 and by 1959, he had been a part of the choir for 57 years. During the 1950’s and ‘60’s he even served as president for the choir. It appears as though Boen was an active member of the Scandinavian community in the Pacific Northwest from the year 1900 until his death.

Olav Boen was president of the Norwegian Male Chorus of Seattle. He was a long-time resident of Ballard and joined the choir in 1903. He was also a building contractor who helped to build the Norway Center. He was honored for outstanding accomplishment as the Associated General Contractors’ chairman of apprenticeship and training, which he helped form. He emigrated from Norway in 1900 and lived in Denver, Colorado, before moving to Seattle, and in addition was well known for his philanthropic contributions to funding the installation of church art work in Norway.