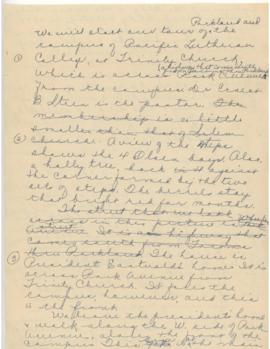 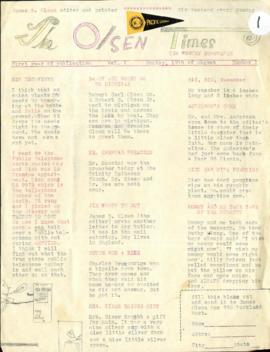 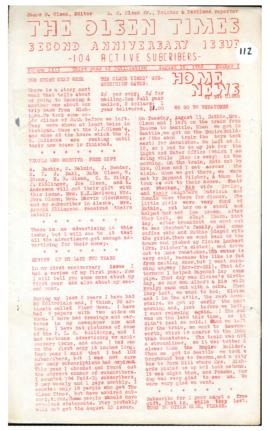 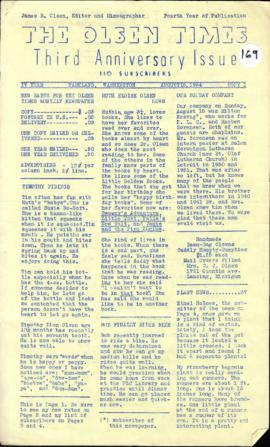 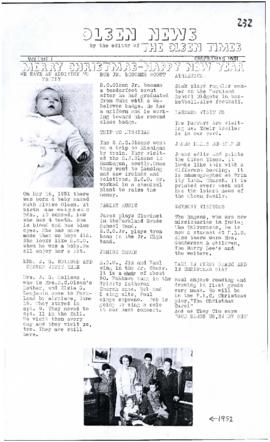 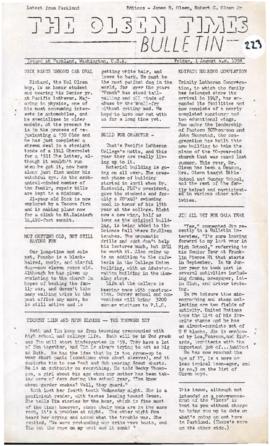 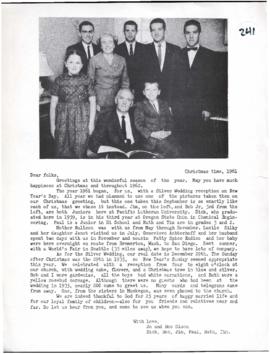 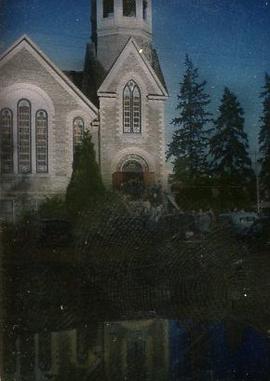 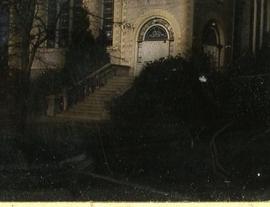 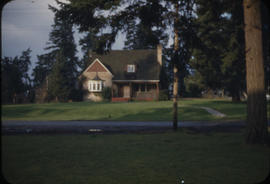 The Olsen family relocated from Detroit, Michigan to Tacoma, Washington in 1947. Dr. Robert Olsen joined the faculty of Pacific Lutheran College that year as a Professor of Chemistry and would continue in this role until 1976. He and wife Josephine ("Jo") Olsen and sons Richard ("Dick"), Robert Jr. ("Bob"), James ("Jim"), and Paul moved into a College-owned house located at 502 S. 124th Street. In Tacoma, the family expanded to include Ruth in 1951 and Timothy in 1953. Four members of the Olsen family are Pacific Lutheran University alumni: Dick Olsen (Class of 1959), Bob Jr. (Class of 1963), Jim Olsen (Class of 1963), and Paul Olsen (Class of 1967).

In the summer of 1947, Robert Olsen joined the faculty of Pacific Lutheran College as a Professor of Chemistry. He and his wife Josephine (“Jo”), along with sons Richard, Robert Jr., James, and Paul moved to Tacoma from Detroit, Michigan. While in Tacoma, the family expanded to include Ruth (1951) and Timothy (1953). Professor Olsen retired from PLU in 1976.

Shortly after the Olsen family relocated to Tacoma, Professor Olsen took a series of Kodachrome slide photographs of the campus and surrounding area. Jo Olsen wrote a script to accompany the slides describing their content and providing details about the family’s new home and community. The slides and script were sent to the family’s former congregation in Detroit to be viewed as a tour of the area. The slides have been digitized and the caption written by Jo Olsen has been included with each image.