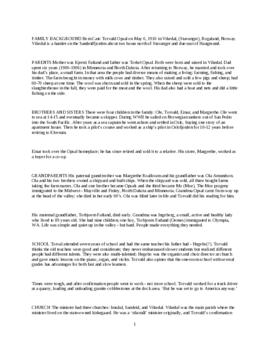 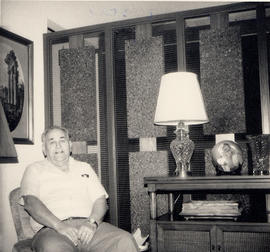 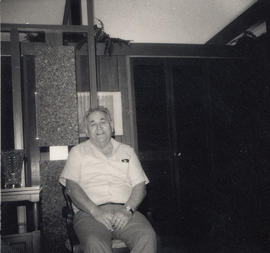 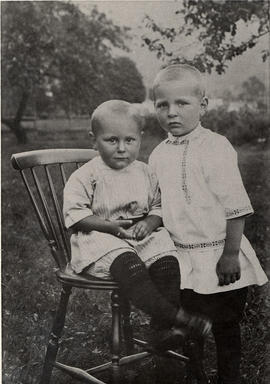 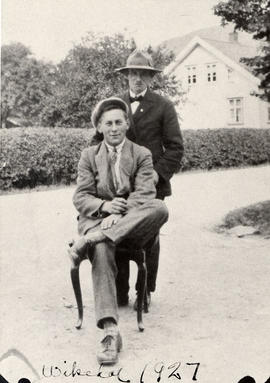 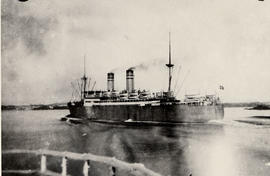 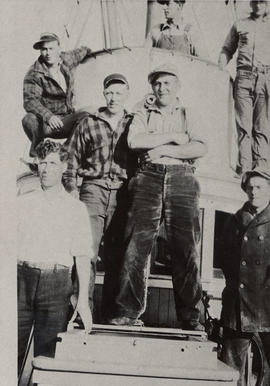 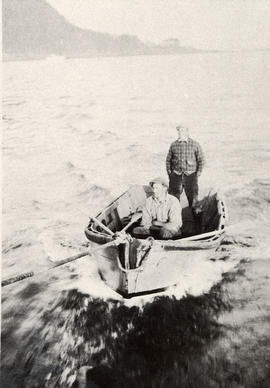 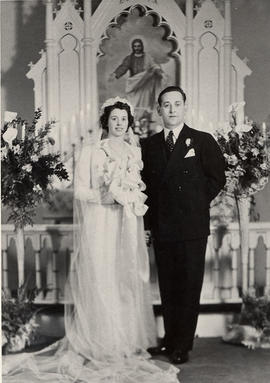 This interview was conducted with Torvald Opsal on March 22, 1983 in Tacoma, Washington. It contains information on Torvald's family background, work, emigration, marriage, church, and return trip to Norway. The interview also includes photographs of Torvald as a child, Torvald as a young man, the 'Stavangerfjord,' Torvald in Alaska in 1930, Torvald on his wedding day, and Torvald at the time of the interview. The interview was conducted in English and in Norwegian towards the end of the tape.

Torvald Opsal was born on May 6, 1910 in Vikedal, Norway. His parents were Torkel Amundson Opsal and Kjersti Fatland Opsal, and Torvald had two brothers, Ole and Einar, and one sister, Margrethe. Church and Sunday School were very important in the Opsal family, and the children also received a half hour of religious instruction at school each day. Torvald attended seven years of school and began work at a quarry after his confirmation. Many people in Torvald's area had lived in America or emigrated there permanently, and it came as no surprise when Torvald decided to emigrate as well in March 1929. At the age of eighteen, he traveled across the Atlantic on the 'Stavangerfjord' and arranged to live with an Uncle Olaf in Alamo, North Dakota. In Alamo, he worked on his uncle's farm for a month and then obtained employment from a builder in Williston. When he had saved enough money, he purchased a Model Ford, which he used to drive to Olaf's farm on the weekends and later sold in order to purchase a train ticket to Seattle, Washington in late summer. Torvald wanted to settle in the Pacific Northwest, where the environment was similar to Norway and he could find a job on a fishing crew. Torvald had an uncle, Torbjoern Fatland Oernes, in Olympia, and he stayed with him, working in a plywood factory, until the spring. In the spring, Torvald went to Tacoma and got a job on an Alaskan fishing crew. During the off-season, he went back to work in the plywood factory, until he began fishing year round in Alaska and California in 1936. Torvald met his wife, Oleda Christopherson, in 1938. His Uncle Olaf knew her family, and Torvald had met her uncle and parents in North Dakota. They were married March 4, 1939 at Olivet Lutheran Church. Due to Torvald's fishing schedule, Oleda was alone during the summer and winter and worked as a bookkeeper at Puget Sound Plywood during that time. Torvald decided to quit fishing in 1950 and worked full-time at the plywood plant until 1975. The Opsals never had any children. In 1955, Torvald and Oleda returned to Norway for three months, but Torvald thought so much had changed that it did not feel like home anymore.