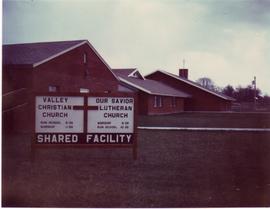 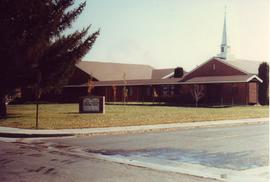 This folder includes correspondence, congregation statistical record, record of transfer of pastor, church parsonage building fund, proposed budget for 1960, and a report of the Planning and Building Committee.

The ALC sent Rev. E. W. Kasten to the Magic Valley area in Idaho in 1939, and the first worship service was held in Twin Falls on August 6 of that year with 38 people present. On January 7, 1940 the congregation was legally formed with 29 charter members. A residence was purchased in 1944 and remodeled for use as a combination sanctuary-parsonage. The work was done entirely by members. A church, which had originally been built by Presbyterians in 1904, was purchased from a Baptist congregation in 1950. In 1963 a large plot was purchased and construction began on the new sanctuary. From 1972-1974 the congregation worshipped in the YMCA building. Our Savior shared facilities with Valley Christian Church, a Disciples of Christ congregation. A Joint Facilities Agreement was drawn up between the two congregations, and construction and renovation began. Our Savior built a sanctuary and office space. Valley Christian renovated their sanctuary into a fellowship hall and built additional classrooms, a nursery, library, and other rooms. Groundbreaking services were held on February 17,1974, and the new building was blessed and dedicated on November 10, 1974.