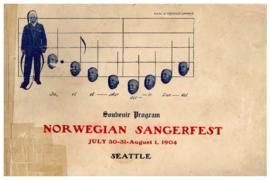 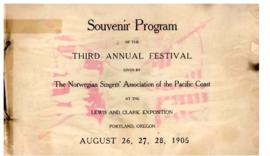 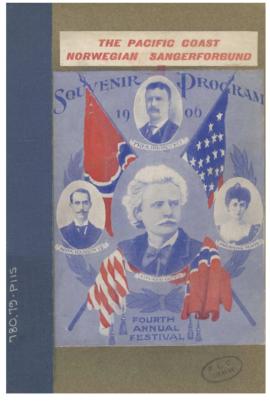 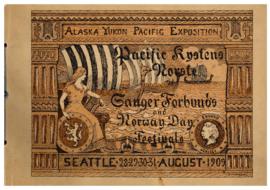 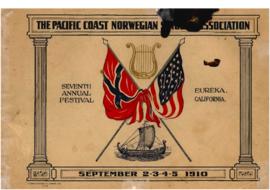 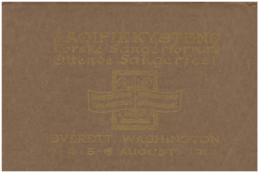 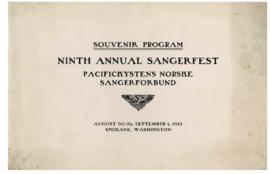 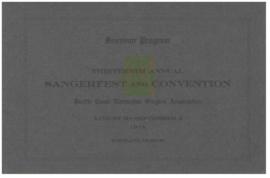 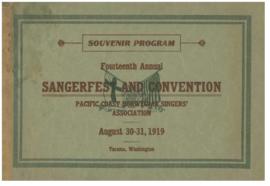 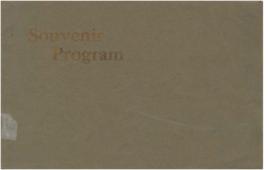 Includes the programs and songbooks of the annual performances of the Pacific Coast Norwegian Singers Association of America Sangerfest.

In late August of 1902 the first meeting of the Pacifikkystens Norse Sangerforbund was held. This group, brought together by Frederik A. Tomte of the Norwegian Glee Club in Portland, Oregon set out to advance interest in song and music throughout the Pacific Coast of the United States and British Columbia. The secondary purpose of the group was to organize a music festival within two years of the meeting. The officers of the Pacifikkystens Norse Sangerforbund were Frederik A. Tomte (President), A.J. Thuland (Secretary), Dr. O.A. Loe (Treasurer), and Dr. Carlo A. Sperati (Director-in-Chief). In August of 1903, the organization met their goals. The first Sangerfest was held in Everett, Washington on August 1-3, 1903. Since the first festival, men's choruses from Washington, Oregon, California, and British Columbia have joined together annually to perform and celebrate music. The original founding choruses, several of which are still in existence today, were: The Norwegian Glee Club (Portland, OR), the Normana Male Chorus (Tacoma, WA), Sangforening (Ballard, WA), the Everett Norwegian Male Chorus (Everett, WA), the Norwegian Male Chorus (Seattle, WA), and the Norwegian Male Chorus (Vancouver, British Columbia). In the year 2009, male choruses came together to sing in the 100th Sangerfest.