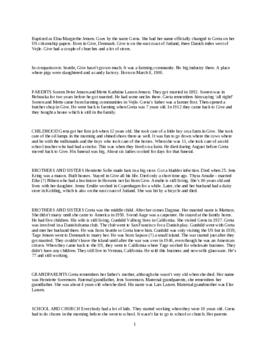 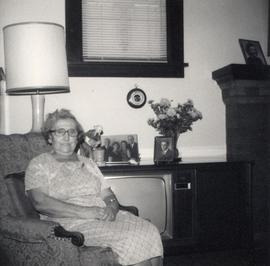 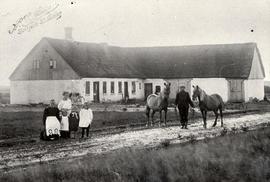 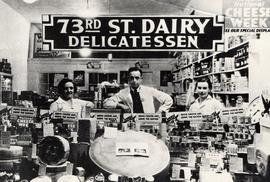 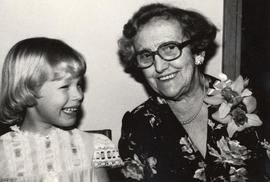 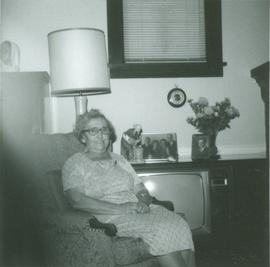 This interview was conducted with Greta Petersen on October 25, 1982 in Seattle, Washington. It contains information on family background, emigration, employment, marriage and family, church and community involvement, and Danish heritage. The interview also includes photographs of Greta's family farm in Denmark, the 73rd St. Dairy Delicatessen, Greta on her 80th birthday, and Greta at the time of the interview. The interview was codnucted in English.

Greta Petersen was born on March 8, 1900 in Give, Denmark to Søren and Mette Jensen. Give is located on the East Coast of Jutland, three Danish miles west of Vejle. Greta's father owned a butcher shop in Give and was also a farmer. Greta was one of eight children and began working at a young age. She got her first job outside of her home, caring for a little boy, when she was twelve. After she was confirmed, she worked for several families, taking care of the children and housekeeping and then got a job at Vejle Fjord Sanatorium. At the sanatorium, Greta worked in the dining room and sewed linens. She liked the job and remained there for four years. One Sunday, Greta ran into Jens Lauritsen, who invited her to go to America with him and his younger sister, Martha. Greta accepted the invitation, and they left Denmark on August 11, 1922. The final destination of Greta, Martha, and several other Danish groups was Seattle, WA, and they arrived there on August 26. A group of Danish boys, who were staying at a Danish boardinghouse, met the girls at the train station. Greta then got a cleaning job at the boardinghouse. She also joined Harmonien, a Danish drama club. Her future husband, John Petersen, was also very active in this club. He was originally from Copenhagen and immigrated in 1920. Greta worked at the boardinghouse for nine months and then got a job as a housekeeper in Laurelhurst, so that she could improve her English. In 1924, she and John were married. They had two children, Erik and Lillian, and John opened a dairy store in Seattle. Through the years, Greta and John have remained active in Harmonien. John was president of the club for over twenty years, and at the time of this interview, Greta was serving her fifth year as president. Greta has also been active at St. John's Lutheran Church, in the Danish Sisterhood, and a singing society. Greta has returned to Denmark eight times and maintained Danish traditions within her household.