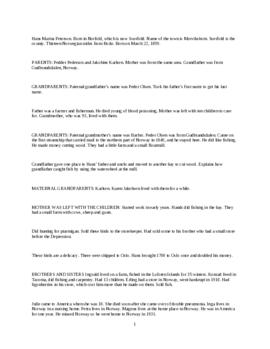 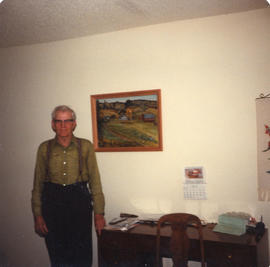 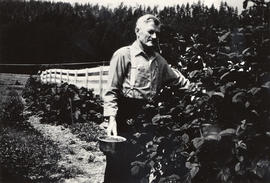 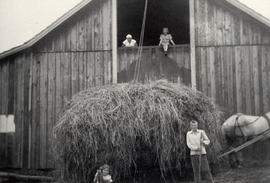 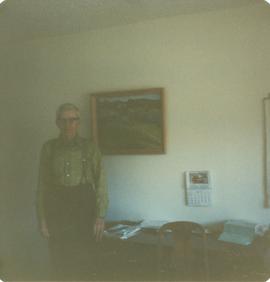 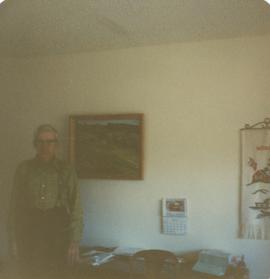 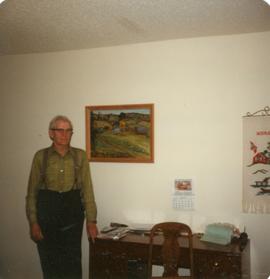 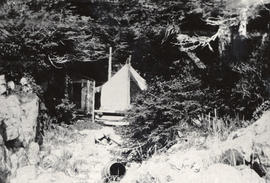 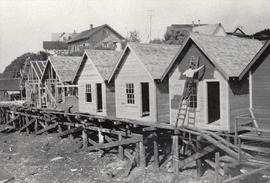 The interview was conducted with Hans Peterson on March 16, 1982 in Gig Harbor, Washington. It contains information on family background, work, emigration, marriage and family, community involvement, and Norwegian heritage. The interview also provides photographs of Hans' home in Norway, fishing in the Lofoten Islands, Hans at age seventeen, Hans at a fox farm in Petersburg, AK, Hans doing construction work in Petersburg, Hans watching traps in Alaska, Hans' farm in Rosedale, WA, Hans picking berries in Rosedale, and Hans at the time of the interview. The interview was conducted in English.

Hans Peterson was born on March 22, 1899 in Mørsvikbotn, Norway to Pedder Pederson and Jakobine Karlsen. There were eight children in the family, including Hans. Pedder was a farmer and fisherman, and he died young of blood poisoning, leaving Jakobine to work and care for the family. They lived in a poorly built home but managed. When Hans was fifteen, he went to Lofoten, where he was a cook on a fishing boat. He took this job to earn money for his confirmation suit. He remained in the Lofoten fishing industry for five years, and also fished for herring in Stavanger for two winters. In an effort to make a better living, Hans immigrated to North Dakota in April 1923. He met his brother in Stanley, ND and worked on his cousin's farm for the winter. The next winter, he drove a school bus, which helped him with his English. Hans then decided to go to Alaska with his cousin, Andrew Olafson, and they fished for herring for a short while. After this, Hans worked in a reduction plant, which made fish oil and other products, and then worked at a fox farm for twenty-seven months. He also worked in a cannery and did carpentry work in Petersburg. In 1928, Hans decided to move to Seattle, WA, where his brother was. He worked in a sawmill in Ballard for a while and then went to Vancouver, British Columbia. In Vancouver, he married Selma Reinvik, who had been his neighbor in Norway. They moved to Gig Harbor, WA in 1930 and had three children: Harold, Raymond, and Joanne. At first, Hans did farming and later he made a living by selling milk to Bremerton. His creamery eventually went broke, but he still owned 95 acres when he retired. In 1946, Selma, Hans' first wife passed away and he remarried five years later to Nellie Cleveland. Hans attends church in Rosedale, WA once in awhile and also goes to the lodge occasionally. He has visited Norway three times and receives a Norwegian newspaper once a week in Washington. Hans is very proud of his Norwegian heritage and considers Scandinavians 'some of the most civilized people in the world.'