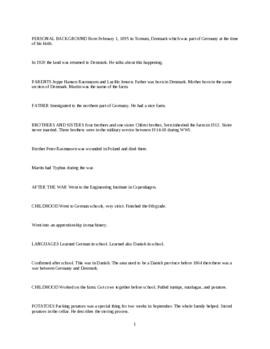 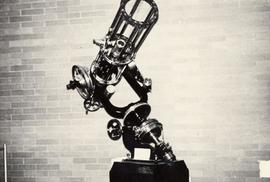 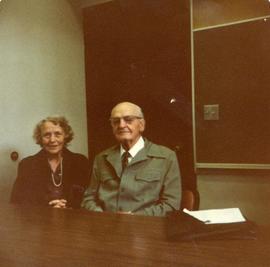 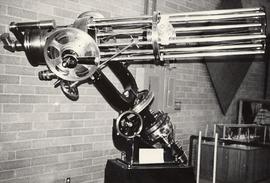 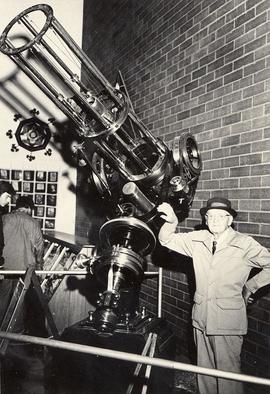 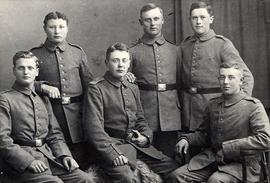 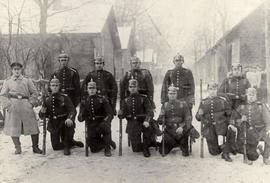 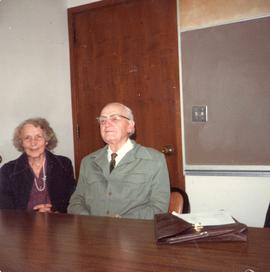 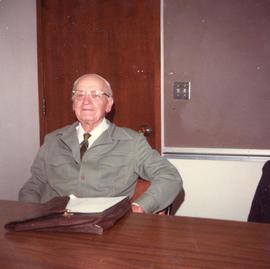 This interview was conducted with Martin Rasmussen on October 8, 1981 at Pacific Lutheran University in Tacoma, Washington. It provides information about family background, apprenticeship, service in the military, emigration, employment, marriage and family, and Danish heritage. The interview also includes two photographs of Martin as a soldier in the German Army during WWI, three photographs of Martin and his telescope, five snapshots of Martin at the time of the interview, and an article about Martin from the Pierce County Herald (August 20, 1981).

Martin Rasmussen was born on February 1, 1896 in Tornum, Denmark to Jeppe Hanson Rasmussen and Lucille Jensen. At the time of his birth, Tornum was a part of Germany but was later returned to Denmark in 1920. Martin had four brothers and one sister, and the family lived on a farm in northern Germany. Martin attended school through the eighth grade, learning both German and Danish. When he was finished with school, he became an apprentice with a machinist for four years and then went on to work in a Hamburg machine shop. By this time, the war had begun, and Martin was called into service. He elected to join the Air Corps and did cleaning jobs on the flying field in Hamburg. After the war, Martin returned to Denmark and entered the Engineering Institute. He attended the institute for three and half years and then obtained a job handling boilers and making cheese machines. In 1923, Martin decided to immigrate to America for lack of adequate jobs in Denmark. From Ellis Island, Martin took the train to Moline, Illinois and spent the next four years working in various machine shops throughout the Midwest. In 1927, Martin's mother fell ill, and Martin returned to Denmark for one year. Upon his return to America, he began building dye casting machines in Newark and Chicago until the Depression set in. At that time, Martin traveled to the West Coast, settling in Tacoma, Washington. In Tacoma, Martin found work at an automotive shop and spent his free time developing his own telescope. He also met his wife and was married in the Danish Church in 1943. They had one son, Edward, who became an engineer. Martin spent the rest of his working career at a plywood machinery company in Tacoma and also became involved with the Danish Brotherhood and an astronomy club, of which he was a charter member. Martin feels he is more European than Danish but does have a special place for Denmark in his heart.