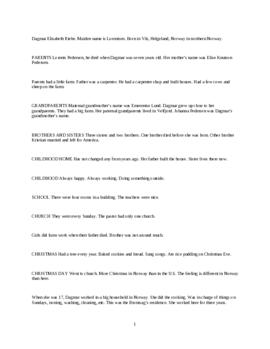 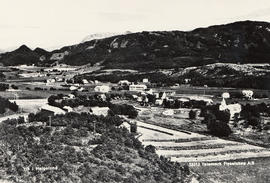 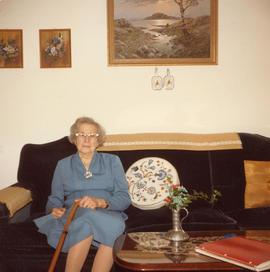 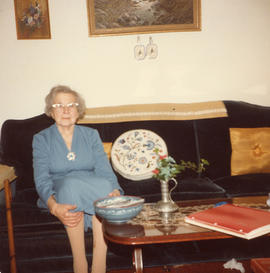 The interview was conducted with Dagmar Riebe on November 19, 1981 in Tacoma, Washington. It contains information on family background, emigration, employment, marriage, and Norwegian heritage. Also available are a program from the Normanna Male Chorus's 85th Anniversary Concert (November 4, 1973), a photograph of Dagmar's homeplace, two photographs of Dagmar at the time of the interview, and Dagmar's obituary from the Tacoma News Tribune (May 1, 1983). The interview was conducted in English.

Dagmar Riebe was born on April 4, 1896 in Vik, Helgeland, Norway, which is in the northern part of the country. Her parents were Lorents and Elise Pedersen, and she had five siblings: Kristian, Anna, Signe, and Adolfine, and another brother who died before Dagmar was born. Dagmar's father was a carpenter, and he passed away when Dagmar was seven years old. The family had a small farm with a few cows and sheep, and the girls did much of the farm work after their father died. When Dagmar was seventeen, she began working for a big household, where she cooked, ironed, cleaned, and did the wash. She stayed there for three years and then began cooking at another household. Kristian had immigrated to America in 1911, and in April 1926, Dagmar decided to join him in Minneapolis, MN. She stayed with friends of her brother for a few weeks and then obtained a cooking job for the owners of Crosby Flour Mills. She was one of eight cooks and worked for them for seven years. Dagmar met her husband, Paul Riebe, in St. Paul Minnesota. Paul was a painter and fisherman from Melbu, Norway. The couple moved to Tacoma, WA, and Paul fished during the summers. They also adopted Dagmar's nephew, Ralph Hansen, when he was seven and a half years old. After she was married, Dagmar did housework and garden work only at her own home and obtained a job at Brown & Haley. Paul passed away in 1978. Through the years, Dagmar maintained Norwegian sewing and cooking traditions and also speaks Norwegian in her home. She was a member of the Daughters of Norway and attended Gloria Dei Lutheran church. She returned to Norway in 1930, 1945, and 1978, and contended that it was not the same country. Dagmar was happy to be both Norwegian and American.