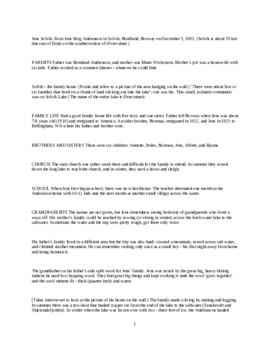 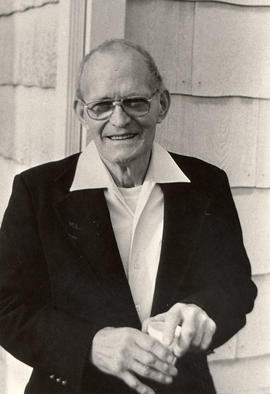 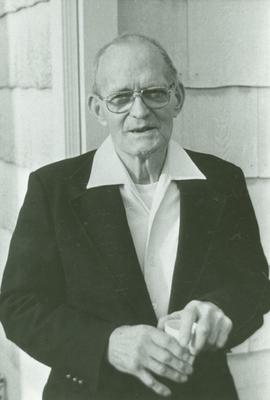 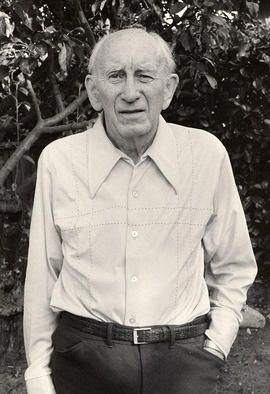 Jens Solvik was born Jens Berg Andreason on September 5, 1903 in Solvik, Norway, which is located 55 kilometers east of Bodø on the southern shore of Øvrevatnet. His parents were Bernhard Andreason and Marie Wickstrøm, and there were five other children in the family: Annette, Peder, Norman, Alfred, and Bjarne. Bernhard was a common laborer, and Marie was a homemaker. Bernhard immigrated to Bellingham, WA in 1910, in hopes of making more money and returning to Norway in a few years; he never returned. When Jens was seventeen years old, he began working in the copper mines, but due to health problems, he had to quit after two years. Jens had stomach ulcers, and they were terribly irritated by the copper and sulfur fumes in the mines. In May of 1923, he immigrated to Bellingham, where his brother Norman also lived at this time. For the first two years he was there, Jens worked a fishing trap arranged by Norman and at a sawmill, and then worked in the woods for the next fifteen years at a Saxon-Norway camp. He married Myrtle Hillard in 1927 and has two children, Gerald Neil and (Marvin) Gene. Jens retired in 1968 and visited Norway the summer of the following year. He and Myrtle stayed for three weeks and had a wonderful visit. Jens's mother and brothers, Peder and Alfred, were still there. Jens and Myrtle returned again in 1973, and spent much of their time visiting Myrtle's relatives.