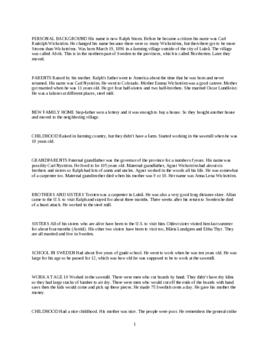 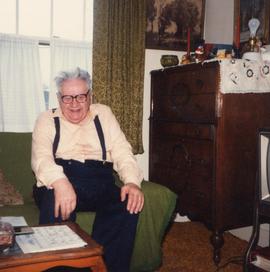 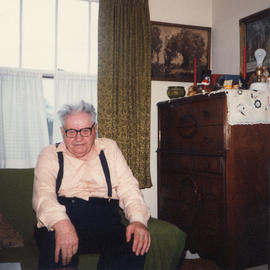 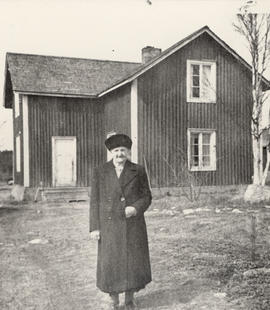 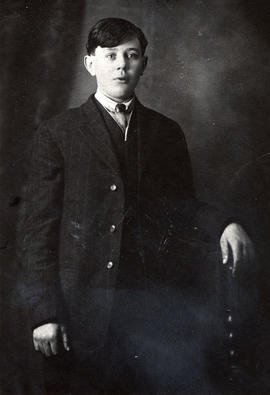 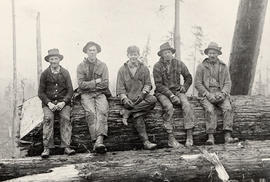 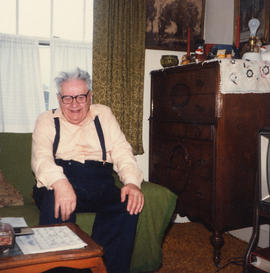 The interview was conducted with Ralph Strom on April 23, 1982 in Seattle, Washington. This interview contains information on personal background, emigration, employment, family, church and community life, a connection with author Kathryn Winslow, and Swedish heritage. It also provides photographs of Ralph Strom's home in Sweden, Ralph as a young man (Christmas 1912), Ralph with the Lake McMurray logging crew (1913), Ralph and his wife Edith (1922), and Ralph at the time of the interview. The interview was conducted in English.

Ralph Strom was born Carl Rudolph Wickström on March 19, 1896 in a farming village called Alvik near Luleå, Sweden. Ralph's father, Carl Nyström, moved to America when Ralph was born and never returned. Ralph's mother, Emma Wikström, remarried and had six more children. When Ralph's stepfather won a lottery, the family bought a new home in a neighboring village. Ralph and his family were poor, but even in difficult times they were happy and had festive holiday celebrations. Ralph's community was quite religious, so a lot of the activities centered on the church. Ralph went to school for four years and then spent most of his time working. He started working in a sawmill when he was ten years old, having convinced his employers that he was twelve. As the family grew, Ralph's mother encouraged him to move to America, even though he was only sixteen years old. A local woman leant Ralph the money for the trip, and he departed in June of 1912. On his trip out West, Ralph met three film stars-Dustin Farnum, William Farnum, and Catheryn Williams-on their way to Montana to shoot a movie. Ralph traveled with a neighbor from Sweden named William Simon who helped him a great deal during the move. Ralph also had help available from his mother's cousin, John Nordstrom. Mr. Nordstrom had made quite a bit of money during the gold rush in Alaska and had started a shoe store, which is now the successful Nordstrom department store. Since Ralph was familiar with logging, he moved to Arlington, Washington and found a job in a camp called Carbon Hill. The conditions were bad, and Ralph's situation got even worse when a depression in Seattle made work scarce, leaving Ralph with little food and money. Fortunately, Ralph became acquainted with a German boilermaker who gave him an apprenticeship. He learned the trade while working other odd jobs to make more money. Due to his valuable boilermaker skills, Ralph was in high demand at the shipyards during World War I. He worked in the shipyards until 1920. In 1922, Ralph married Edith Holmquist in Everett, Washington. Edith had an unfortunate accident before they met in which she broke two of her vertebrae; she could not work full days because of the pain. Ralph moved to Alaska where he worked as a boilermaker for the railroad, and Edith joined him shortly thereafter. Ralph quit the railroad when he got gold fever, finally settling in a job working for US Smelting, Mining & Refining Company until 1959. In 1939, while he worked for the mining company, Ralph assisted author Kathryn Winslow as she researched for her book called The Big Pan-Out. After living in Alaska, Ralph and Edith returned to Seattle. Ralph is the oldest member of the Boilermakers Union, and he also participates in the Swedish Club. He has taken two trips back to Sweden and still speaks the language. Ralph is proud of his heritage, but he maintains that Swedes and Americans are equal.